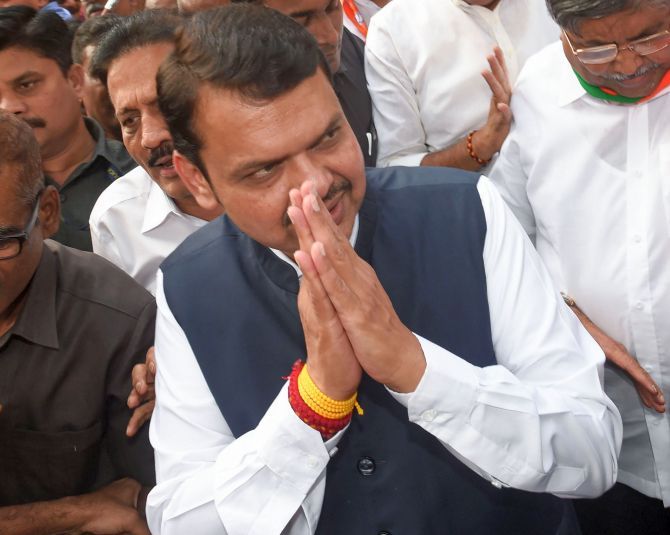 A vehicle of a professional packers and movers company arrived at 'Varsha', the official CM bungalow in the upscale Malabar Hill area, in the afternoon to shift his belongings, a police official posted there said.

Fadnavis had resigned from the CM's post on Tuesday afternoon.

According to sources, Fadnavis, who hails from Nagpur, has started hunting for a new house in Mumbai as he and his family members will continue to reside in the metropolis.

Fadnavis's wife Amrita works at a senior position in Axis Bank and their daughter also studies in Mumbai.

They had shifted to Mumbai after Fadnavis became chief minister in October 2014.

As the leader of the Bharatiya Janata Party's legislature party, Fadnavis, elected from the Nagpur South West seat, is likely to become the Leader of Opposition in the new assembly.

The swearing-in ceremony follows days of dramatic political developments, in which the BJP had formed government on November 23 morning after Ajit Pawar broke ranks with the Nationalist Congress Party and aligned with the BJP. 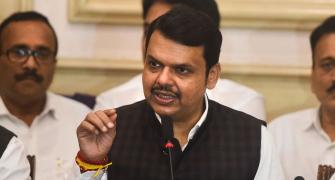