Exclusion of SCs, STs and OBCs, who constitute a large segment of the population, from the reservation for economically weaker sections in admissions and government jobs violates the right to equal opportunity, the Supreme Court said on Monday in its minority verdict striking down the 103rd Constitution amendment. 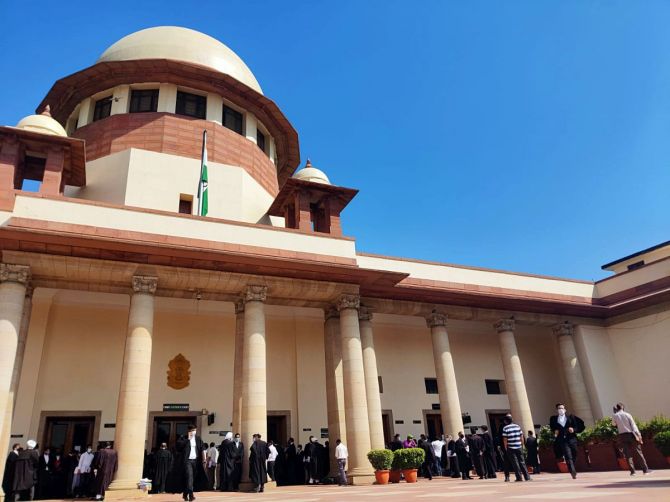 While justices Dinesh Maheshwari, Bela M Trivedi and J B Pardiwala upheld the law, Justice S Ravindra Bhat along with Chief Justice U U Lalit shot down the same in their minority view. The judges, part of a five-judge constitution bench, read four separate judgments for over 35 minutes in the courtroom.

Observing that exclusion Scheduled Castes (SC), Scheduled Tribes (ST) and Other Backward Classes (OBCs) is to heap injustice on them, Justice Bhat, who authored a 100-page verdict for himself and Chief Justice Lalit, said the 103rd Constitution amendment undermines the fabric of social justice.

"I regret my inability to concur with the views expressed by the majority opinion on the validity of the 103rd amendment on Question No. 3, since I feel -- for reasons set out elaborately in the following opinion -- that this court has for the first time, in the seven decades of the republic, sanctioned an avowedly exclusionary and discriminatory principle. Our Constitution does not speak the language of exclusion," he said.

Justice Bhat said that in his considered opinion, "the amendment, by the language of exclusion, undermines the fabric of social justice, and thereby, the basic structure".

The Supreme Court by a majority view of 3:2 provided 10 per cent reservation to people belonging to the economically weaker sections (EWS) in admissions and government jobs, and said the quota does not violate the basic structure of the Constitution.

Justice Bhat said none of the material placed on record suggest that the SC, ST and OBC categories should be excluded from the economic criteria-based reservation on the justification that existing reservation policies have yielded such significant results and that a majority of them have risen above the circumstances which resulted in or exacerbate their marginalisation and poverty.

"There is nothing to suggest, how, keeping out those who qualify for the benefit of this economic-criteria reservation, but belong to this large segment constituting 82 per cent of the country's population (SC, ST and OBC together), will advance the object of economically weaker sections of society," he wrote.

The dissenting judge said that the introduction of reservations for economically weaker sections of society is not premised on their lack of representation and the absence of this condition implies that persons who benefit from the EWS reservations can and in all probability do belong to classes or castes which are "forward" and are represented in public service adequately.

"This additional reservation, by which a section of the population who are not socially backward, and whose communities are represented in public employment, violates the equality of opportunity which the Preamble assures, and Article 16(1) guarantees," he said.

Justice Bhat said the exclusionary clause -- in the impugned amendment -- that keeps out the benefits of economic reservation to backward classes and SC and STs strikes a death knell to the equality and fraternal principle which permeates the equality code and non-discrimination principle.

The total and absolute exclusion of constitutionally recognised backward classes of citizens, and more acutely, SC and ST communities, is nothing but discrimination which reaches to the level of undermining and destroying the equality code and particularly, the principle of non-discrimination, he said.

"Introducing the economic basis for reservation as a new criterion is permissible. Yet, the 'othering' of socially and educationally disadvantaged classes, including SCs/STs/OBCs, by excluding them from this new reservation on the ground that they enjoy pre-existing benefits, is to heap fresh injustice based on past disability," Justice Bhat said.

He, in the minority view, also said that the impugned amendment and the classification it creates is arbitrary and results in hostile discrimination of the poorest sections of society that are socially and educationally backward, and/or subjected to caste discrimination.

The bench headed by Chief Justice Lalit pronounced four separate verdicts on 40 petitions challenging the validity of the 103rd Constitution amendment promulgated by the Centre in 2019.

The top court heard as many as 40 petitions and most of the pleas, including the lead one filed by 'Janhit Abhiyan' in 2019, challenging the validity of the Constitution Amendment (103rd) Act, 2019. 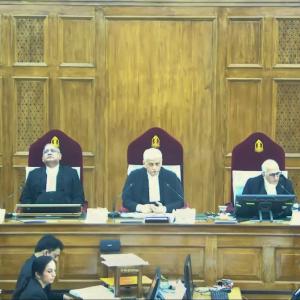