Citing 'several instances of undesirable public utterances' by political leaders during Delhi assembly election campaign, the Election Commission on Wednesday reminded parties of various provisions of the model code, including the one which bars politicians from indulging in activities that can create mutual hatred.

The 'general advisory' issued by the poll panel also said criticism of other parties or their work based on unverified allegations should be avoided.

It said religious places such as temples, mosques, churches or gurudwaras should not be used for propaganda by political parties and their candidates.

Any action or deed that can be construed as being repugnant to the dignity of women should be avoided by parties and candidates.

The advisory comes against the backdrop of controversial remarks by Union minister Anurag Thakur and Bharatiya Janata Party MP Pravesh Verma during campaigning.

While EC has ordered that the two be removed from the list of BJP's star campaigners list, they have also been issued show cause notices for their comments.

The EC had last week barred BJP candidate Kapil Mishra from campaignng for 48 hours for his inflammatory tweets. 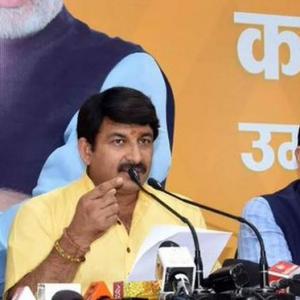