With four contenders for the top post in case the BJP wrests power from AAP, party sources say naming of a CM face may trigger factional fights. 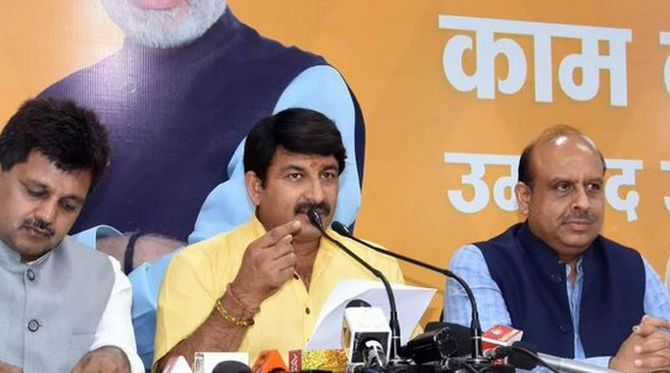 Vijay Goel is among the Delhi leaders who generate instant recall when the city's Bharatiya Janata Party unit is discussed.

For the past month, Goel starts his day at dawn break in a park with a mike in hand.

Chairs are laid out for an audience of over 50 morning-walkers whom he addresses with a campaigner's ardour.

Goel is a Rajya Sabha MP from Rajasthan, but his heart lies in Delhi, home to his family in the walled city and seat of his politics.

Usually, he starts his interaction by asking people what their issues are. As they catalogue their problems, which are topped by ambient pollution and parking space crunch, Goel asks what Delhi Chief Minister Arvind Kejriwal did for five years after earning a huge mandate.

"I clarify that I have not come with a political agenda because I am not an MLA or MP from Delhi," he said during one of his interactions.

Modi held him up as an example of a politician's ability and enterprise to 'work meaningfully' without holding an office.

Goel, who was a minister in Atal Bihari Vajpayee's and Modi's last cabinets, was not inducted in the ministerial council this time.

"He's on the PM's mind when Delhi is mentioned. He's impressed with the way Goel works and knows that he's an original Delhiwallah," a BJP source said.

However, others said these attributes did not 'automatically' recommend Goel, 65, for Delhi's top job, in case the BJP wrests power from the Aam Aadmi Party.

"The leadership matter is complex. My gut feeling is we may not foreground a chief ministerial candidate," said a BJP office-bearer.

The BJP in Delhi is helmed by Manoj Tiwari, 17 years younger than Goel and a two-term MP from the North-East constituency. Tiwari is the only 'Purvanchali' from Bihar to emerge as a leader after the BJP spent years in the quest for one who could 'credibly' represent the burgeoning population of Hindi heartland migrants.

"Amit Shah (BJP president) experiments with new ideas and placing Tiwari at the centre stage is one such move," a source said. Tiwari is a Bhojpuri singer and actor.

"The glamour quotient raises questions about his political understanding. Moreover, his appeal doesn't go beyond the migrants," remarked an old-timer, adding that the party cannot overlook its 'original' supporters among Punjabis and Banias while reaching out to 'Purvanchalis'.

In that slot, the claims of Vijender Gupta, one of the only three BJP candidates to win a seat in the 2015 assembly polls, and Harsh Vardhan, Chandni Chowk MP, are rated 'strong'.

"If we project a CM face, factional fights may erupt," a source said.

Bedi lost her seat. "She was brought in to divert attention from Modi because the election had become a Modi versus Kejriwal fight. We sensed we were losing badly and had, therefore, to salvage Modi," a source said.

Buoyed by its Lok Sabha election success -- the BJP won all the seven Delhi seats -- the party appears inclined to pursue the 'Modi-as-mascot' strategy, confident that it will 'accentuate Kejriwal's drawbacks sharply'.

"Kejriwal's administration is a flop show. He's stealing credit over small things like building classrooms and area clinics. These claims can be punctured easily. He started as an anti-corruption crusader but has compromised because many of his MLAs are corrupt. People have seen through his confrontational politics," said Gupta.

For one, she said the three civic bodies, dominated by the BJP, were 'deprived' of finances by the Delhi government. Periodic strikes by sanitation workers over delayed wage payments and freeze, resulting in garbage pile-ups and clogged sewers, were a manifestation of the elected municipalities being held hostage by the face-offs, said Sehrawat.

Meenakshi Lekhi, MP from the New Delhi constituency, pointed out that the Delhi government refused to implement the Centre's flagship schemes such as Ayushman Bharat and the PM Awas Yojana, contending that its health scheme was 'bigger and more comprehensive' than the Modi government’s and the seed money of Rs 1 lakh offered under the PM’s housing project was 'too little'.

The BJP's tag line, emanating from the tensions, would be to vote for a party that rules at the Centre so that the provincial government and the civic bodies could deliver 'results'. 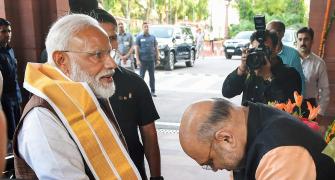 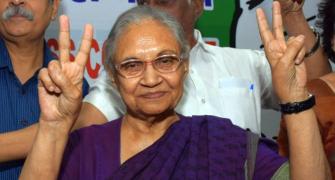