The Supreme Court on Thursday directed that migrant workers wanting to return to their home states will not be charged train or bus fares and those stranded across the country will be provided food free of cost by the authorities concerned.

IMAGE: Rajkumar Rajbhar, who used to earn Rs 500 per day at a construction site in Mumbai, is willing to settle for even 'basic income' at his village, but won't come back to Mumbai after the lockdown is lifted. Photograph: Prasanna D Zore / Rediff.com

As the Centre submitted that 91 lakh migrants have been transported to their native states by 3,700 ‘Shramik Special' trains and buses, the court posed searching queries to the Centre and state governments over stranded migrant workers facing endless wait for seats in home-bound trains or buses, the confusion over payment of fares and alleged lack of food and shelter for them.

"What is the normal time? If a migrant is identified, there must be some certainty that he will be shifted out within one week or ten days at most? What is that time? There had been instances where one state sends migrants but at the border another state says we are not accepting the migrants. We need a policy on this," the court told Solicitor General Tushar Mehta. "There has to be a clear policy as to who will pay for their travel."

In its 11-page order, the court said certain interim directions were required to be issued to be followed by the states, union territories as well as the Centre to "redeem the immediate difficulties" of the migrant workers.

There is no doubt that the concerned state governments/union territories are taking steps to do the needful, the court observed, but added there are several difficulties and lapses which are being noticed in the process of registration, transportation and in providing water, food, shelter to these migrant workers.

Looking into the 'difficulties and miseries of migrant workers', the court asked the Centre and the states to file their affidavits on the migrants crisis within a week and posted the matter for further hearing on June 5.

At one stage, Mehta complained that there are 'arm chair intellectuals' acting as 'prophets of doom' in the country by spreading negativity and not recognising the 'humongous' efforts being made to deal with migrant workers' crisis following the coronavirus lockdown which came into force on March 25.

Mehta submitted that since May 1 to May 27 the Railways has operated 3,700 ‘Shramik Special' trains and transported over 50 lakh migrants to different States.

The top court, which on May 26 on its own took cognizance of the miseries of migrant workers, said states shall try to endeavour that after registration, the workers should be asked to board the train or bus at the earliest and complete information should be publicized to all concerned regarding the mode of transport.

The move by the court came against the backdrop of criticism by activists and lawyers that it was not doing enough to address the migrants crisis.

It said that after the migrant workers reach their native place, the receiving state shall provide transport, health screening and other facilities free of cost.

The court said that migrant workers, who are stranded at different places in the country, shall be provided food free of cost by the concerned states and UTs at "different places which shall be publicized and notified to them during the period they are waiting for their turn to board the train or bus."

"Initially, as stated by the Solicitor General, the originating state shall provide water and meal and during the journey, the railways shall provide meal and water to the migrant workers and same facilities shall be extended when the migrant workers are transported by bus. The state shall take care of providing necessities water and meal during the period of transportation either in the bus or in the camps on the way."

The bench noted in its order that even after registration for travel, the migrants have to wait for a long time for their turn to come.

"We are of the view that in the responses which are to be filed by the Central government and the state governments, all necessary details regarding the number of migrant workers, the plan to transport them to their destination, the mechanism of registration and other details should be brought on the record," it said.

Mehta further said Uttar Pradesh and Bihar account for more than 80 per cent of the migrant workers and both the States have adopted a novel policy which would not only help the migrant workers but would also substantially reduce the risk of spreading of virus.

“The unprecedented situation needed unprecedented measures,” the law officer said, adding that a joint decision has been taken that the home-bound migrant workers, out of them 80 per cent hail from Uttar Pradesh and Bihar, will not be burdened with the fare.

To this, the court said, “In our country, the middlemen will always be there. But we don't want middlemen to interfere with this when it comes to payment of fares. There has to be a clear policy as to who will pay for their travel."

"So far, the Railways have served 84 lakh meals and over 1.5 crore Packaged Drinking Water Bottles (Rail Neer) apart from the services provided by the respective state governments." 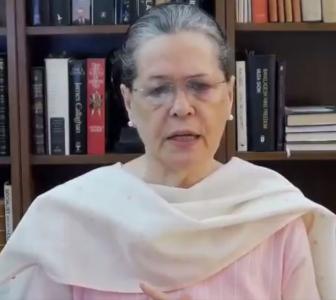 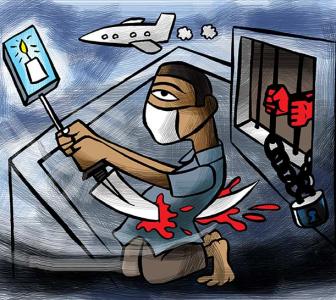