Dom's Take: Who is Scared of Protest and Dissent?

The national outrage after the September 29, 2020 death of a Dalit teenager, who was allegedly raped in her village in Hathras, Uttar Pradesh, has compelled the Ajay Mohan Bisht-led Bharatiya Janata Party government in UP to react with its familiar strong-arm tactics.

The Bisht government first alleged an international conspiracy, then filed a flurry of cases charging a number of people with the British Raj law of sedition.

Harsh over-reaction is the Bisht government's way of dealing with dissent and protest, especially when the chief minister has been pushed into a corner by the state of lawlessness in his state.

Dominic Xavier wonders why the Bisht government in UP is so terrified of democratic protest that it has to resort to draconian measures at every turn. 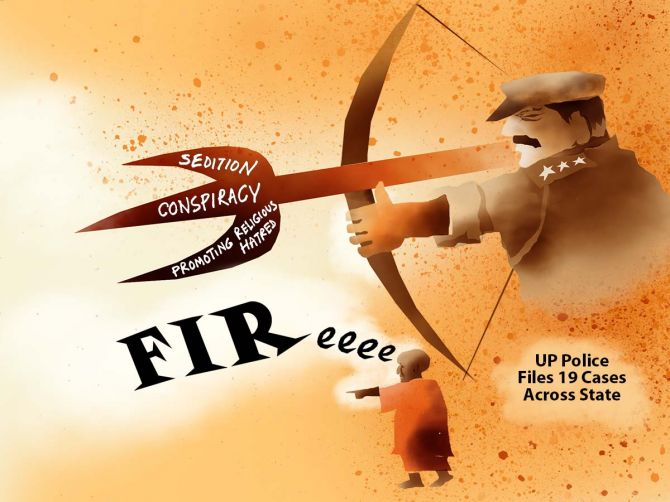 Uttam's Take: Theatre of the Bizarre