Uttam's Take: Theatre of the Bizarre

Nothing seems to be going right for the Bharatiya Janata Party these days.

When the alleged gang-rape and death of the Dalit teenager in Uttar Pradesh put the BJP on the backfoot, the party bizarrely alleged that it was a foreign ploy to defame the Ajay Singh Bisht government!!

Then, even more bizarrely, the BJP's West Bengal chief Dilip Ghosh, who is known for dabbing his statements in the inkwell of controversy, declared that the law and order situation in West Bengal is worsening and, get this -- it was becoming a 'mafia-ruled state' like Uttar Pradesh and Bihar, both of which are ruled by his own party!!

Uttam Ghosh offers his take on this Theatre of the Bizarre. 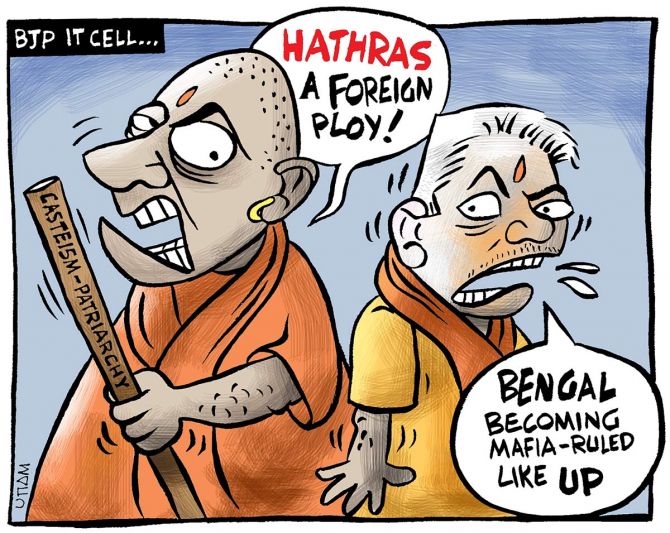