News
Business
Movies
Sports
Cricket
Get Ahead
Money Tips
Shopping
Sign in  |  Create a Rediffmail account
Rediff.com  » News » Dom's Take: All you need is love, but not in UP

The Uttar Pradesh government ordinance is intended to curb 'forcible' or 'dishonest' religious conversions including those for the sake of marriage. Violators could be imprisoned for up to 10 years.

In recent weeks, Bharatiya Janata Party-run governments in Uttar Pradesh, Haryana and Madhya Pradesh have revealed plans to enact laws to counter alleged attempts to convert Hindu women to Islam in the guise of marriage, which BJP leaders refer to as 'love jihad'.

Dominic Xavier offers his take on the 'love jihad' controversy. 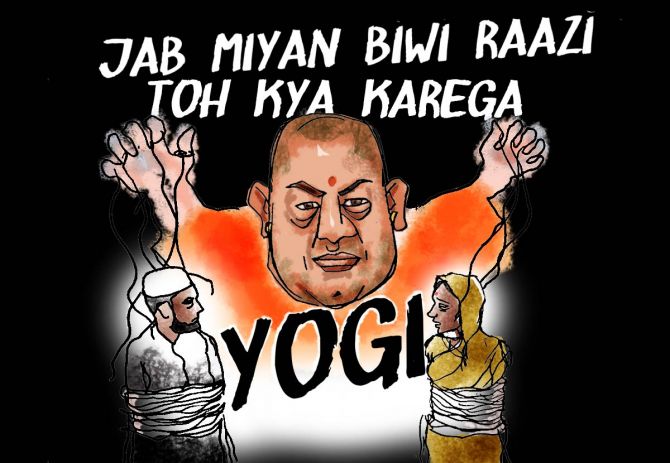 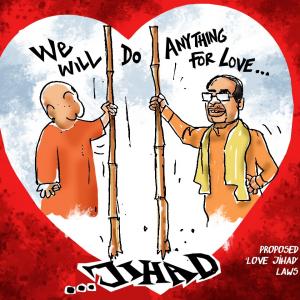