Dravidian leader and former deputy speaker of Tamil Nadu Assembly V P Duraisamy, who was stripped off his deputy general secretary's post from the Dravida Munnetra Kazagham on Thursday, joined the Bharatiya Janata Party on Friday.

He joined the saffron party in the presence of state BJP president L Murugan and senior leader L Ganesan at Kamalalayam, the BJP state headquarters.

Indicating that India was in "safe hands" with the BJP, he said "You can protect the country if you accept the BJP's ideology."

On Friday, Duraisamy said he chose to tread a different path.

"When those in the DMK deviate from the core ideology from which the movement emerged, what's wrong if I quit (the DMK). My path is different," he told reporters and added that he continued to be a politician and not an opportunist.

He wholeheartedly accepted the BJP's policies. He said he had joined the DMK following a request from the then president and former chief minister, the late M Karunanidhi.

Prior to Duraisamy, in December 2014, former Union minister D Napoleon joined the BJP in the presence of party president Amit Shah in Chennai, after quitting the DMK.

Actor Radharavi, suspended from DMK last year for his comments against a leading south Indian female actor, had also later joined the BJP, before a brief stint in the All India Anna Dravida Munnetra Kazhagam. 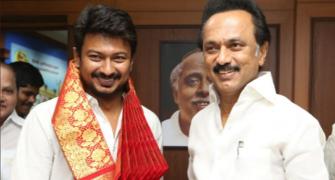 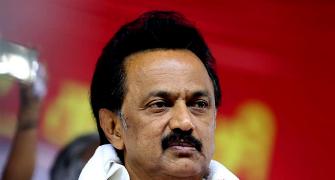 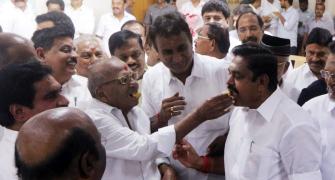 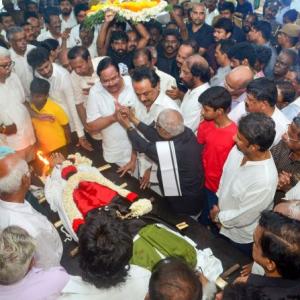