Sops given by govt won polls for AAP, agree workers

With the Aam Aadmi Party leaders and workers basking in the glory of capturing Delhi for a third time in a row, the party insiders as well as its detractors on Tuesday attributed the party's stunning poll victory to a slew of schemes involving freebies to Delhiites. 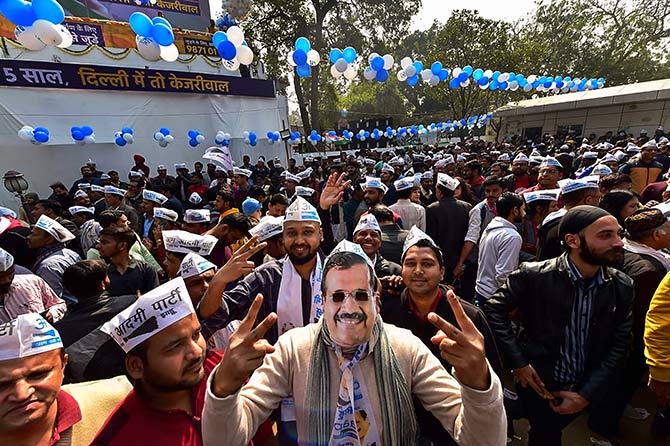 "Free electricity up to 200 units of power and almost next to nil charges over that, free rides for women in public transport buses, up to 20,000 litres of free water per month and free pilgrimage for senior citizens have paid us after all," confessed a party worker, heaving a sigh of relief over the electoral results.

The party workers recall that in the run up to the assembly elections, Chief Minister Arvind Kejriwal and other AAP leaders had in their interactions with voters during poll rallies had duly emphasised upon various Delhi government schemes, providing for a host of services to people either free of cost or at a highly subsidised rates.

Haryana Home Minister Anil Vij too on Tuesday in Chandigarh described the AAP win in the Delhi Assembly polls as a victory of freebies.

The Bharatiya Janata Party leader made the assertion on Twitter as trends indicated that the AAP would sweep the Delhi polls.

The apparent reference was to cheap power and water besides free bus rides for women in the capital.

BJP general secretary Kailash Vijayvargiya too on Tuesday said 'freebies' given out by the AAP led to its massive victory in the Delhi Assembly polls.

The AAP dispensation had last October launched free rides for women in public transport buses on Bhai Dooj, asserting that it would empower women and ensure their safety in the national capital.

The move was considered as a political step seeking support of women living in the national capital, said an upbeat AAP leader, adding the party was sure that it would benefit the party in the assembly elections.

Kejriwal had also announced free power consumption up to 200 units and 50 percent subsidy for those consumers using 201 to 400 units per month.

Later, tenants were also brought under the ambit of the scheme. Until now, tenants would not be able to avail 50 per cent government subsidy on consumption of electricity of up to 400 units.

The Arvind Kejriwal-led government had also announced a complete waiver of water arrears for people living in colonies categorised as E, F, G and H.

Consumers of the other four categories (A-D) were given a rebate ranging from 25-75 per cent on their long-pending dues.

The AAP government also decided to waive development and infrastructure charges for new water and sewer connections in the city.

Kejriwal, who was also the chairman of the Delhi Jal Board (DJB), had in November said that people would have to pay just Rs 2,310 now to get new water and sewer connections.

The government had also launched 'Mukhyamatri Tirth Yojana' under which senior citizens were offered free pilgrimage. 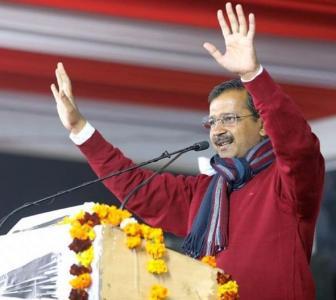 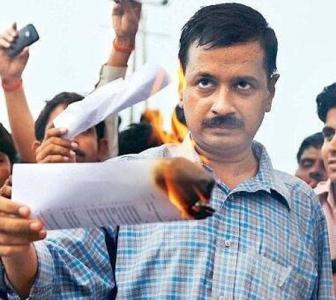 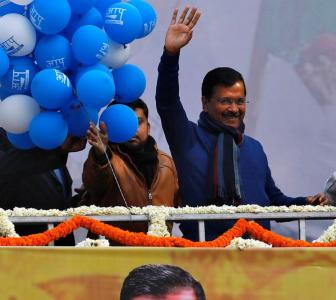 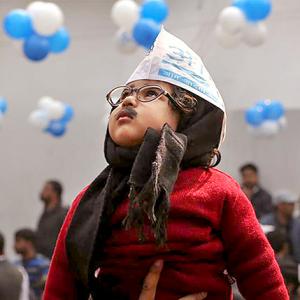 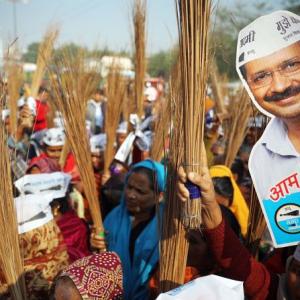