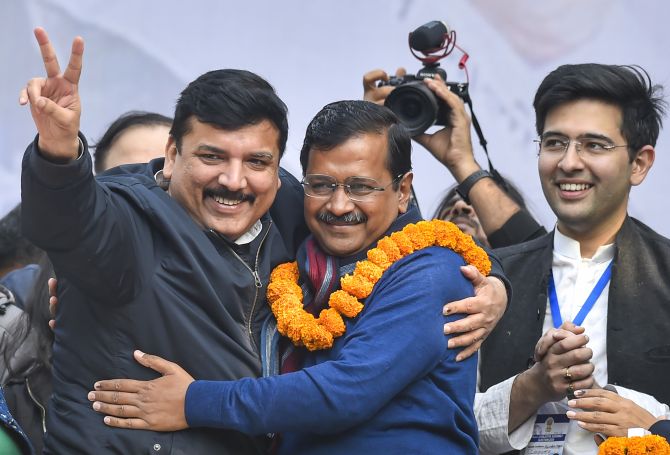 At the meeting scheduled at 11.30 am, the MLAs will choose the AAP's Legislature Party leader, Rai told PTI on Tuesday.

Another AAP leader said the party was considering two dates for the chief minister's oath-taking ceremony -- February 14 and 16.

The Ramlila Maidan was being considered as the probable venue for the ceremony, he said, adding that a grand event was being planned.

However, the final call regarding the venue was yet to be taken, the AAP leader said.

After the selection of the Legislature Party leader, Lieutenant Governor Anil Baijal will be apprised of it.

Thereafter, a notification will be issued.