A day after jailed Samajwadi Party MLA Azam Khan 'refused' to meet a legislator from his own party, Congress leader and spiritual guru Pramod Krishnam visited him at the district prison Monday and said putting him behind bars amounted to 'oppression.' On Sunday, SP MLA Ravidas Mehrotra, claiming to be an emissary of party president Akhilesh Yadav, had come Sitapur to see Khan but was turned away with the jail authorities telling him that the inmate was 'unwell.'

But some reports suggested that Khan didn't want to see him.

Earlier, on Friday, Pragatisheel Samajwadi Party-Lohia leader Shivpal Yadav too had met Khan, who is jail for the last two years in connection with cases that include theft, encroachment and criminal intimidation.

The visits come against the backdrop of complaints from the Khan camp that Akhilesh Yadav has been 'ignoring' the party veteran and the Muslim community, though it backed the SP in the recent assembly polls in Uttar Pradesh.

On Sunday, Gonda's Bharatiya Janata Party MP Brij Bhushan Sharan Singh said he too would meet Khan whenever he goes to Sitapur.

After his jail visit, Krishnam said he believed Khan would be out of prison soon after the court decides his case.

Putting a leader like Khan behind bars in 'cases like goat-stealing' was 'oppression and a big atrocity,' he added.

"The harassment being faced by him will have a bearing on the politics of the country in the days to come," the Congress leader told reporters.

Krishnam said he had come to inquire about SP leader's health and the meeting was “cordial”. Khan offered him dates and he presented the MLA with a copy of the Bhagwad Gita “as it is a book of justice”.

"Being a Muslim in this country is a crime now," Krishnam said, adding that he believed that Khan was being “targeted and tortured”.

MLA Ravidas Mehrotra failure to meet Khan in jail is being seen Sitapur as a snub to the SP.

After Mehrotra returned without meeting Khan, Akhilesh Yadav said Sunday evening that there had been injustice towards their party colleague, and the SP will provide all possible legal support to him.

Khan has been the "Muslim face" of the SP since its inception three decades back and the party could face a setback if he leaves ahead of the 2024 general election. Khan won from his traditional Rampur Sadar seat for the 10th time in the recent state polls.

Asked whether the leader is joining the Congress, Krishnam said he is a well-wisher of Khan and his family and there was nothing political to the jail visit.

Answering another question, the Congress leader said the SP leadership is not capable of fighting the BJP.

Pitching for a fair deal for Khan, he called Chief Minister Yogi Adityanath a seer who should have a big heart and be impartial.

“There should be no injustice on the innocent under his leadership," he added.

Earlier, PSPL president Shivpal Yadav had said he would soon take up Khan's cause with Adityanath.

There is already speculation over a rift between Shivpal Yadav and nephew Akhilesh Yadav. The senior Yadav is seen moving closer to the ruling BJP though he won the assembly polls on an SP ticket.

BJP MP Brij Bhushan Sharan Singh on Sunday said had Mulayam Singh Yadav been at the helm of affairs in SP he would have met Khan in jail and launched an agitation for him.

"Akhilesh Yadav is a comfort-loving leader," he said.

Singh also praised Shivpal Yadav for meeting Khan in jail, saying he is a grassroot politician who stands with the people even during the bad times. 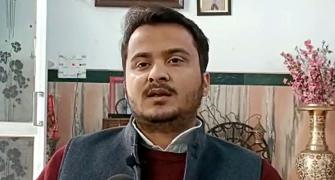 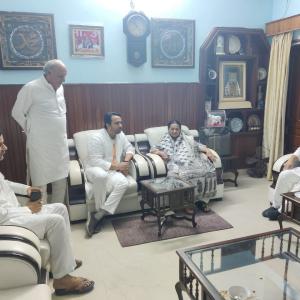 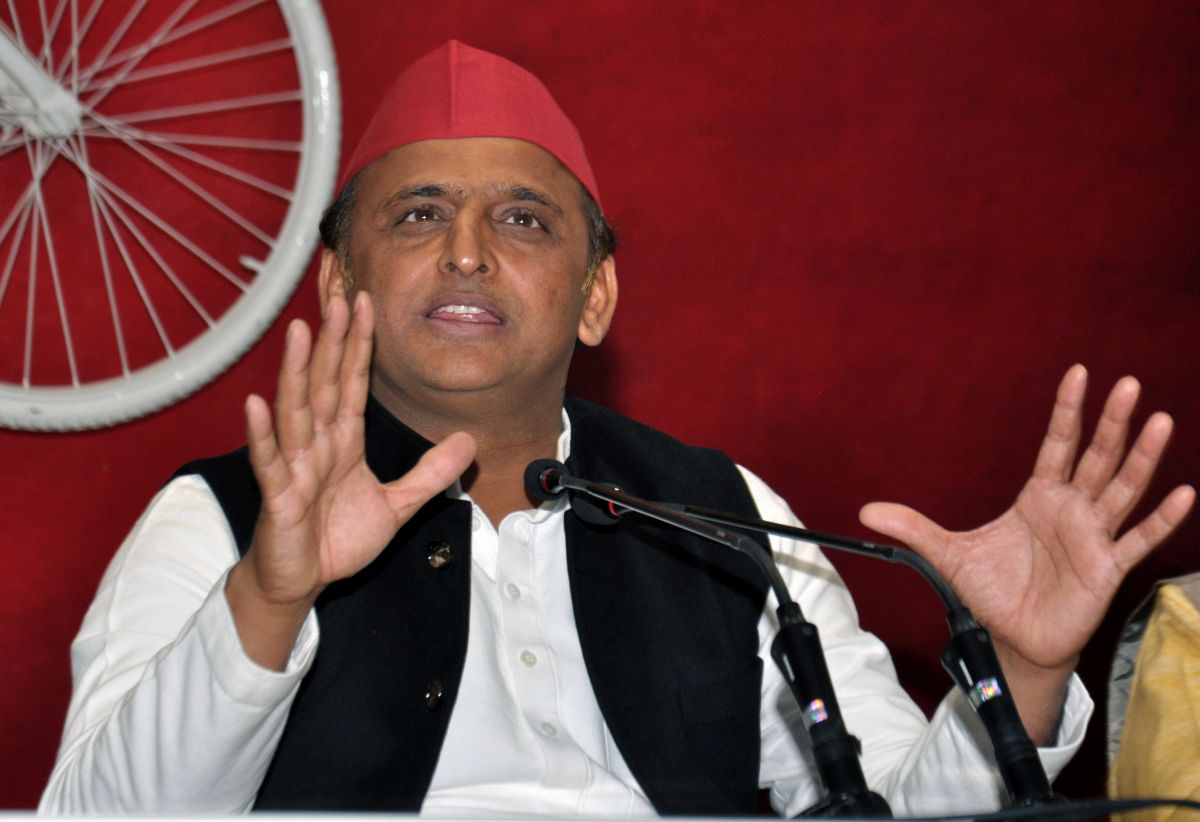