Samajwadi Party leader Abdullah Azam on Sunday said the property given to the Rampur Nawabs for 'being loyal to the British' should be confiscated and that a movement in this connection will be launched soon. 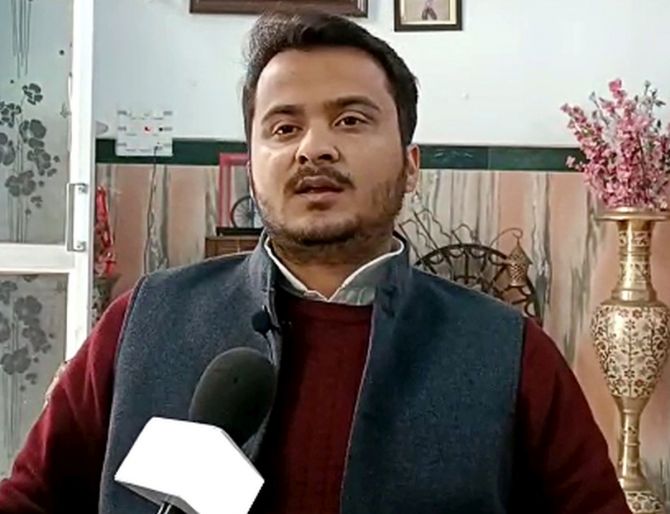 He was recently released on bail after losing his MLA berth in a fake birth certificate case.

"The members of the Rampur Nawab family were loyal to the British, which is why they were given awards and titles. Such people have no place in India," Abdullah told PTI.

"Property given to them for betraying the country should be confiscated. A movement will be launched in Rampur to convert this into government property," Abdullah told PTI.

The two political families have been arch-rivals since 1980s.

When asked about Bharatiya Janata Party ally Apna Dal Sonelal fielding Haider Ali Khan of the Nawab family as his rival for the Suar seat, Abdullah said, "Who is Haider Ali Khan... I don't recognise him."

On the BJP labelling the SP as pro-Pakistan, 'Jinnahwadi' (follower of Mohammad Ali Jinnah) and 'Tamanchawadi' (fond of using country-made pistols), Abdullah said the BJP should first answer when it would provide justice to the families of farmers killed in Lakhimpur Kheri.

Speaking about his days in jail, Abdullah said it was a 'bad dream' and it taught him a lot.

He alleged that he and his family were deliberately targeted and attempts were made to tarnish their image.

"It was a very bad dream. I was not so disturbed by the troubles and ruminations in jail as I did during the five months of being infected with Covid-19.

"Not just the two years spent in jail but the last five years have taught me a lot."

On campaigning in the absence of his father, who is still in jail, Abdullah said, "My father may have been in jail for a long time, but the campaign started by him will ensure give his victory in the elections.

"The campaign that Azam Khan started in Rampur 40 years ago is still alive."

On allegations of using a fake birth certificate at the time of his nomination as the SP candidate from Suar constituency in the 2017 Assembly elections, Abdullah said, "Neither my birth certificate nor my PAN card or passport is fake. But I am apprehensive that the BJP may get my nomination cancelled."

Abdullah, his father Azam Khan and mother Tazeen Fatima surrendered in February 2020 in connection with this case and few others, and were sent to Sitapur Jail.

Abdullah had been elected from Suar constituency seat in the 2017 polls but was disqualified in 2019 in the fake birth certificate case.

His father Azam Khan, Rampur MP, has more than 100 cases registered against him and is in jail for the last 23 months.

The SP has fielded Azam from Rampur City while Abdullah has once again been fielded him from Suar. Tazeen, who was released on bail in December 2020, is currently the MLA from Rampur City. 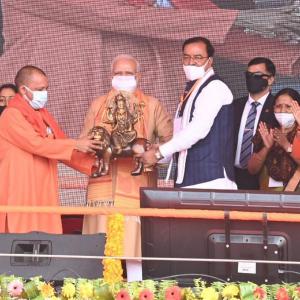 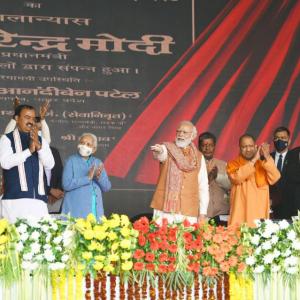