China to give 4 trainer aircraft to Pakistan

Seeking to cement its close defence ties with Islamabad, China today agreed to provide four trainer aircraft and US $ 9 million to Pakistan to train its armed forces. The two countries signed agreements to implement decisions made during a meeting between Defence Minister Chaudhry Ahmad Mukhtar and his Chinese counterpart General Liang Guangile in Islamabad.

China will provide the four trainer aircraft to the Pakistan Air Force. The 60 million yuan (US $ 8.78 million) will be used to fund various training programmes. The two sides discussed bilateral defence cooperation, the geo-strategic situation in the region and Pakistan's anti-terror efforts.

They agreed to increase military cooperation and strategic communication at all levels to overcome challenges facing the two countries. China is the biggest arms supplier to Pakistan.

The meeting also agreed to hold joint exercises by the militaries to promote and increase interaction and closer collaboration between their armed forces. While discussing the regional security environment, the two sides emphasised the need for joint efforts to weed out terrorism.

They also agreed to share intelligence as this is essential for defeating terrorists. Liang assured Mukhtar that China will continue to provide military and economic assistance to Pakistan. China will also continue to support Pakistan's stance on different issues at every international forum, he said. Later, Liang also met Prime Minister Yousuf Raza Gilani, who said China and Pakistan have common perceptions on regional and international security and strategic issues.

Gilani said Pakistan-China defence and security interaction is playing a positive role in this regard. Over the years, the comprehensive partnership between the two countries has matured into a multi-dimensional "strategic cooperative partnership" that is of great importance for peace and security in the region, Gilani said. Expressing satisfaction at the progress of projects to supply JF-17 Thunder fighter jets and F22-P frigates to Pakistan, Gilani said the induction of the F22-P warship has enhanced country's capability to safeguard territorial waters. 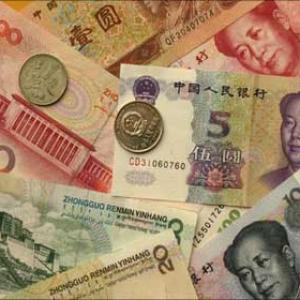 India, China to set up hotline for PMs