China on Thursday declined to comment on reports that the debris of its Long March 5B rocket, which last week launched the core module of the country's space station, is set to re-enter the earth's atmosphere this weekend, amid concerns that it could cause damage if it crashes in civilian areas. 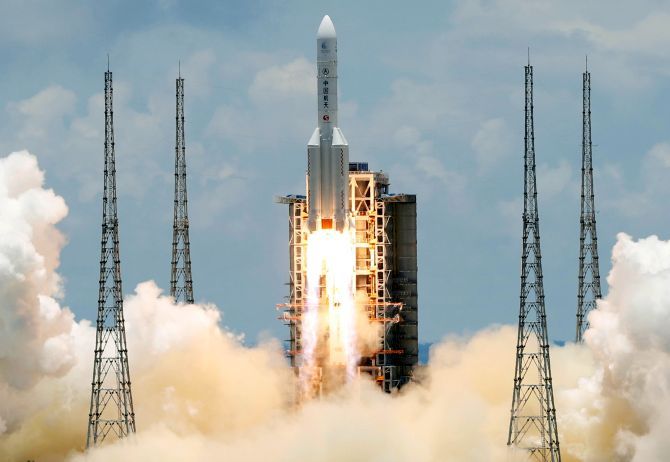 While the Foreign Ministry spokesman Wang Wenbin parried questions about the reports that the United States defence department was tracking the falling rocket debris, official media in Beijing quoted Chinese experts as saying that the parts of the disintegrated rocket will fall in international waters.

The Pentagon said on Tuesday that it was tracking a large Chinese rocket that is out of control and set to re-enter earth's atmosphere this weekend.

Asked what measures China is taking to deal with the situation arising out of the falling rocket, Wang said for 'specifics I refer you to the competent authority'.

"As a principle, China is committed to the peaceful use of outer space and believes we should conduct international cooperation in this area," he said.

"We stand ready to work with all parties to make efforts for the peaceful use of outer space and uphold its safety and security," he said.

State-run Global Times quoted aerospace expert and TV commentator Song Zhongping as saying that it is 'completely normal' for rocket debris to return to Earth.

Wang Ya'nan, chief editor of Aerospace Knowledge magazine, said that the development of rocket debris falling was carefully considered by China's space authorities from the initial rocket design phase and the choice of a launch site, to the rocket's liftoff attitude and its trajectory.

"Most of the debris will burn up during re-entry into the Earth's atmosphere, leaving only a very small portion that may fall to the ground, which will potentially land on areas away from human activities or in the ocean," Wang told the daily.

On May 4, the US Defence Department said it was tracking a large Chinese rocket that is out of control and set to re-enter earth's atmosphere this weekend, CNN reported.

The Chinese Long March 5B rocket is expected to enter earth's atmosphere 'around May 8', the report quoted a statement from Defence Department spokesperson Mike Howard, who said the US Space Command is tracking the rocket's trajectory.

The rocket's 'exact entry point into the earth's atmosphere' can't be pinpointed until within hours of re-entry, Howard said, but the 18th Space Control Squadron will provide daily updates on the rocket's location through the Space Track website.

"I don't think people should take precautions. The risk that there will be some damage or that it would hit someone is pretty small -- not negligible, it could happen -- but the risk that it will hit you is incredibly tiny. And so I would not lose one second of sleep over this on a personal threat basis," Jonathan McDowell, an astrophysicist at the Astrophysics Centre at Harvard University, was quoted as saying by CNN.

Last year, the re-entry debris from the first Long March 5B flight fell on the Ivory Coast, damaging several homes in villages.

It was the largest craft to crash to earth since the US space laboratory, Skylab scattered debris over the southern Australian town of Esperance in 1979.

After that, the Tiangong is expected to be the only space station operating in near-earth orbit by the end of the decade. 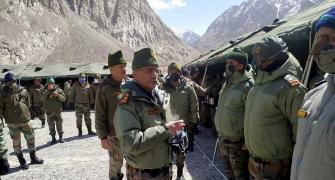 Chinese duplicity: No prospects for peace in Ladakh
What China's space capabilities mean for India 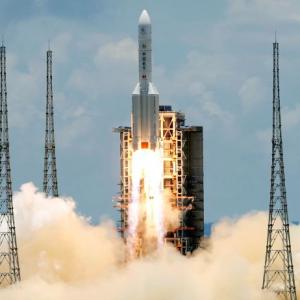