China on Thursday firmly backed Sri Lanka against the US-sponsored resolution at the United Nations Human Rights Council on alleged war crimes, saying it is against any country putting pressure on others in the name of rights violations.

Sri Lanka has made rapid progress in promoting human rights and realisation of national reconciliation, the Chinese foreign ministry said in a statement to PTI.

Replying to questions about China's stand at the UNHRC resolution calling for important steps towards reconciliation and accountability over the allegations of war crimes during the final days of the conflict with LTTE, the ministry said Sri Lanka and its people were capable of dealing with their own affairs.

China thinks dialogue and cooperation is the basic way to solve differences on human rights and Beijing is opposed to any pressure mounted on Colombo with a resolution, it said.

Instead of complicating the issue with such action, the international community should create a conducive atmosphere to stabilise the situation in Sri Lankan, it added.

China, in recent years has made big investments in Sri Lanka besides assisting the island with major projects like building a modern port at Hambanthotta, emerging as one of Colombo's staunch allies.

China's support to Sri Lanka came days after India expressed its inclination to vote in favour of the resolution. 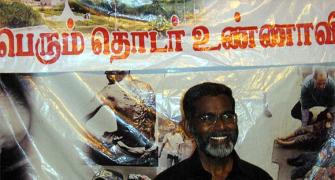 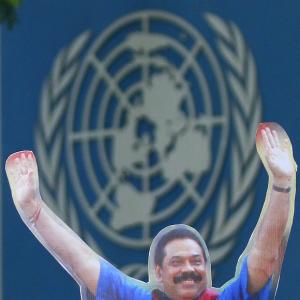 Should India vote for war crime motion on Sri Lanka?