Following the outbreak of novel coronavirus, the month-long agitation at Washermanpet in Chennai against the Citizenship Amendment Act, the National Register of Citizens and the National Population Register was temporarily called off by the protesters on Wednesday. "Due to coronavirus spread and to support the state and the central government to contain the same, we have called off our protest," said Latheef, an organizer of Shaheen Bagh Vannarapattai anti-CAA NRC-NPR protest.

Tamil Nadu chief secretary K Shanmugam on March 14 met with representatives from the Muslim community at the state secretariat and urged them to call off the protests.

Scores of people including women had been sitting in protest against the CAA for the last 33 days in the area that is being called Chennai's Shaheen Bagh, which is modeled on the Shaheen Bagh protests in Delhi.

Such protests have also been going on, in other parts of Tamil Nadu.

One hundred forty seven people have tested positive for the novel coronavirus in India while three persons have died due to the infection.

According to the World Health Organization's latest estimates, there are over 184,976 cases globally of novel coronavirus with at least 7,529 deaths. 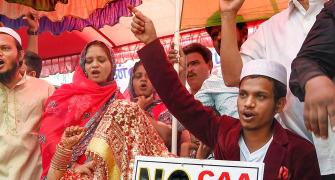 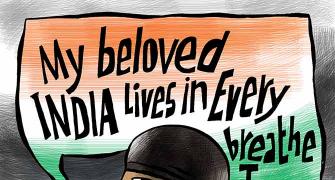