Celebrating Chhath the way Lalu-Rabri do 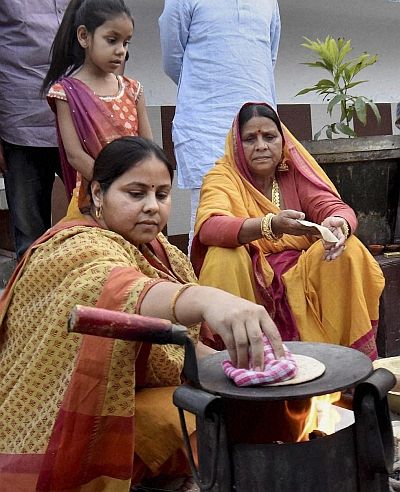 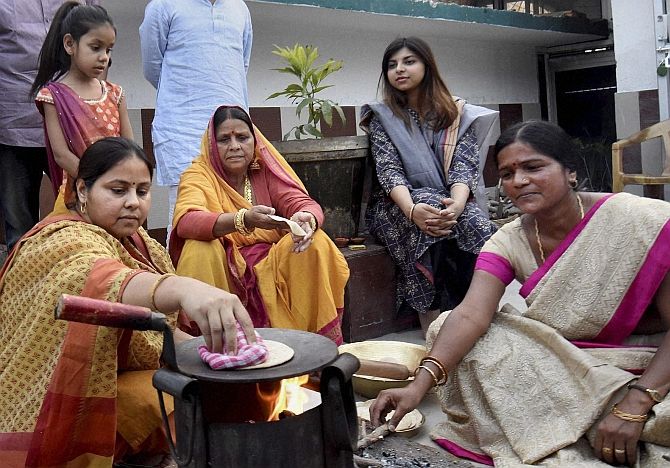 Senior party leaders and newly-elected legislators visited their leaders' houses to take 'prasad' the day of 'Kharna' on Monday, the second day of the four-day festival.

The chief minister's elder brother's wife and niece are observing 'Chhath' at his house. Asked about the significance of the 'Chhath' following the Grand Alliance's resounding victory, Kumar said, "For Biharis, Chhath is a special festival every year. It is a pious festival that all Biharis observe with utmost devotion."

On invitation being sent to political leaders of diverse spectrum to attend his swearing-in ceremony on November 20, the chief minister said no politics should be talked during this auspicious occasion.

At 10, Circular Road, where RJD supremo Lalu Prasad and his wife and former chief minister Rabri Devi live, the occasion was equally festive with their eldest daughter Misa Bharati and other family members were seen cooking food for the family and guests. There is an added lustre there as the youngest son-in-law Tej Pratap Singh Yadav, Samajwadi Party MP from Mainpuri, came along with his spouse Raj Laxmi.

Prasad greeted the people of Bihar on the auspicious Chhath festival and said like everybody he too prays for the well being of the people and state.