The two young suspects of California shooting are of Pakistani origin, media reports have said even though President Barack Obama has asked people not to rush to a conclusion on the tragic event that killed 14 people and injured 17. 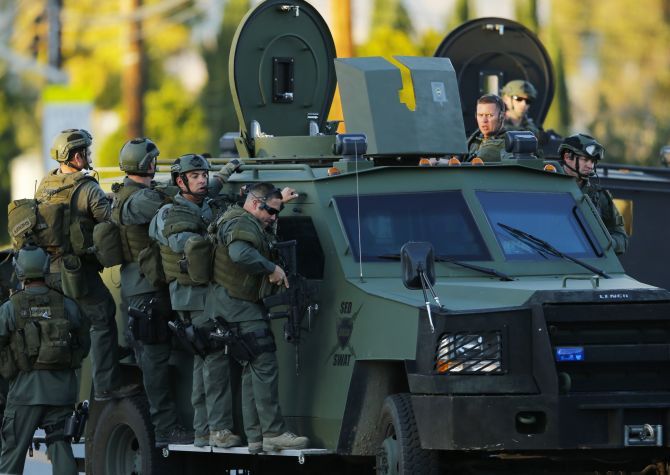 Gunmen opened fire on a holiday party on Wednesday at a social services agency in San Bernardino, California, killing 14 people and wounding 17 others, then fled the scene, triggering an intense manhunt and a shootoutout with police, authorities said. Photograph: Mike Blake/ Reuters

According to San Bernardino Police Chief Jarrod Burguan the couple Syed Farook, 28, and Tashfeen Malik, 27, had amassed a huge arsenal, with thousands of rounds and a dozen improvised explosives, to go with their four firearms. It was found by the police from the apartment rented by the couple.

"The guns were purchased legally. Clearly they were equipped and could've continued to carry out another attack," Burguan told reporters on Wednesday.

Farook and Malik were killed by the police after a high-speed chase following a multi-hour manhunt. The police said they were armed and wearing assault-style clothing. The couple has a six-month old baby.

Farook was graduated from California State San Bernardino in 2010 with a bachelor's degree in environmental health.

Farooks father, also named Syed Farook, told news outlets that his son was a devout Muslim. On a dating website Farook stated that he identified as a Sunni Muslim, the Daily Caller reported.

In a short narrative, he described himself as hailing from a "religious (sic) but modern family of 4, 2 girls 2 boys."

"I work for county as health, safety and envorimental (sic) inspector. Enjoy working on vintage and modern cars, read religios books, enjoy eating out sometimes travel and just hang out in back yard doing target practice with younger sister and friends," he wrote.

According to Daily Caller, Farook had four minor charges since 2005. Details are not provided for two of the charges.

Investigators have not been able to determine the motives of the suspect. However, Obama has asked people not to rush to a conclusion.

The New York Post reported that Farook met his wife Tashfeen while on the haj in Saudi Arabia and appeared to have been radicalised, law enforcement officials found.

Investigators told CNN that Farook was in touch by phone and via social media with more than one international terrorism subject.

NBC News quoted federal law enforcement officials as saying that Farook made a trip to Saudi Arabia within the past two year, most likely for the haj.

It is believed that during his stay abroad, he met Malik, got engaged and later brought her over the US on a K-1 fiancee visa. After the couple got married, Malik, who was a native of Pakistan, became a naturalized US citizen, NBC news said. 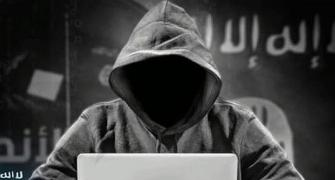 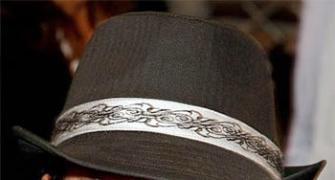 I am HIV positive: Charlie Sheen 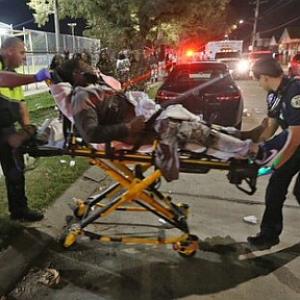 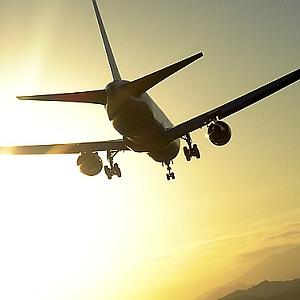 Two men stopped from boarding flight in US for speaking Arabic