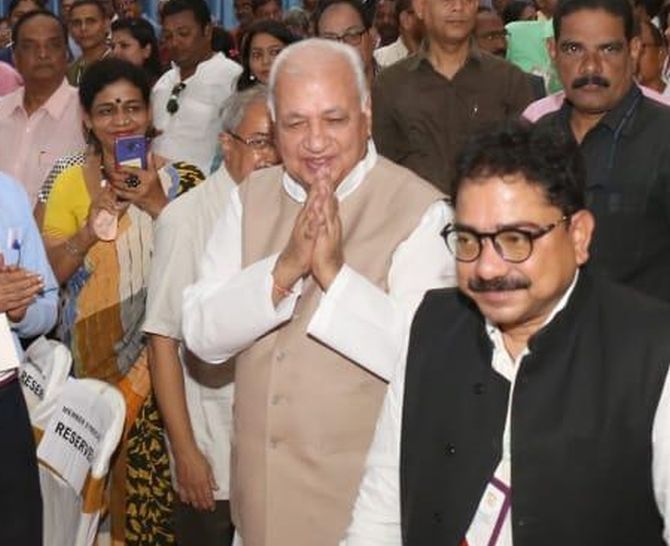 Kerala Governor Arif Mohammed Khan faced protests from some delegates and students during his opening address at the Indian History Congress (IHC) in Kannur on Saturday, with the Bharatiya Janata Party slamming it as 'government- sponsored'.

The protests were held both inside and outside the IHC venue -- Kannur University.

Khan, who was the Chief Guest at the function, was addressing the delegates, when he touched upon the protests over the Citizenship Amendment Act (CAA) referred to by earlier speakers-- K K Ragesh, Communist Party of India-Marxist Rajya sabha MP and historian Irfan Habib.

This led to the objections being raised by some delegates at the venue.

"You have every right to protest. But you cannot shout me down," Khan said repeatedly as some of the delegates, sitting in front, took exception to the governor defending the CAA in his speech.

The Governor also said, "When you shut the door for debate and discussion, you are promoting culture of violence."

Later, the Governor told reporters that he had come with a prepared text and was going to speak from it and would not have spoken on the protests.

However, since some speakers before him had mentioned about the CAA protests, he was forced to respond.

"I would not have spoken on this issue if it had not been raised it. Since you raised it, you are making political statements. I am under oath to protect, preserve and defend the Constitution," the Governor said.

Police removed four student delegates from the venue, but later released them.

Expressing concern over the incident, Indian History Congress Secretary said, "Some the delegates were peacefully standing and holding placards. They were roughed up by police."

A JNU delegate, Mercy, who is from Assam, said her state was burning.

"My state is burning. There is shut down in Kashmir since the past few months.... I will not be bogged down. My people have been silenced.. I cannot remain silent and pretend everything will be fine," she said.

The delegate, who was picked up by police, was later let off.

Police have also taken into custody at least 12 pro Congress Kerala Students Union and Youth Congress activists and five workers of the Muslim Students Front, who showed black flags at the governor in Kannur as he arrived for the function.

Khan has been facing a slew of protests over the CAA since the past few days.

A detailed probe is needed and there was security lapse, he told reporters.

According to CAA, members of Hindu, Sikh, Buddhist, Jain, Parsi and Christian communities, who have come from Pakistan, Bangladesh and Afghanistan till December 31, 2014, and facing religious persecution there, would not be treated as illegal immigrants but given Indian citizenship.

The Act said refugees of the six communities would be given Indian citizenship after residing in India for five years, instead of 11 earlier. 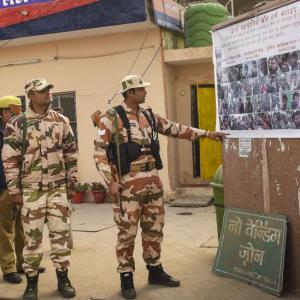