BSF recovers cache of arms near Pak border in Punjab

The Border Security Force (BSF) on Saturday recovered a cache of arms and ammunition, including three AK-47 and two M-16 rifles, from a field along the Indo-Pak border in Punjab's Ferozepur district. 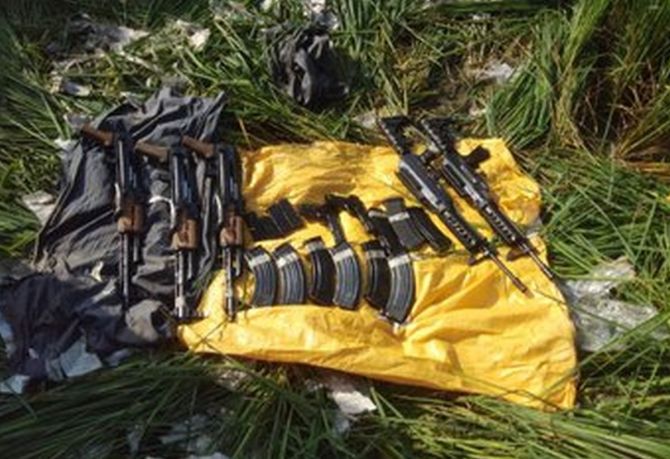 During search operation, the BSF troops recovered the arms and ammunition from a bag which was found lying on a field near the border around 7 am, a BSF official said.