Two Pakistani 'armed intruders' were shot dead by the Border Security Force along the International Border in Punjab in the early hours of Thursday, the force said. 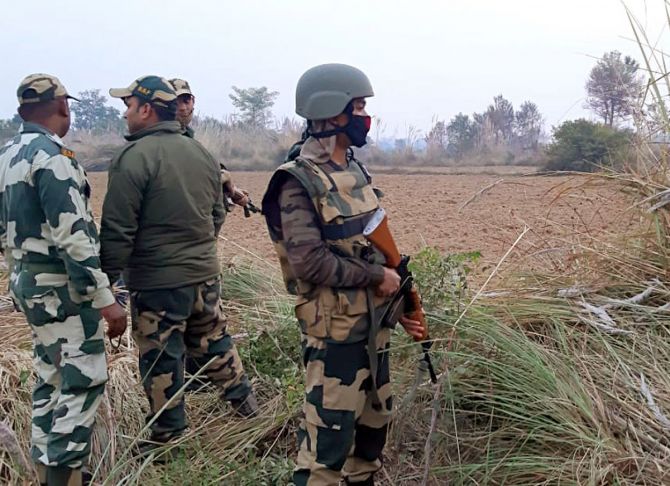 The two were killed near the Rajatal border post in Amritsar around 2.20 am after the troops on guard detected suspicious movement ahead of the border fence in Indian territory, a BSF spokesperson said.

An AK-56 rifle, another semi-automatic rifle, a pistol, 90 bullets, five magazines and two PVC pipes, usually used to push in drug packets across the border, of about ten feet each have been recovered after a search was conducted of the incident site, he said.