Bharatiya Janata Party MLA Akash Vijayvargiya, son of party general secretary Kailash Vijayvargiya, was arrested and sent to jail on Wednesday for attacking a civic body official in Indore with a cricket bat while opposing demolition of a dilapidated house.

A video of the alleged assault went viral on social media, after which the police filed an FIR against Akash and 10 others. A local Indore court rejected Akash's bail plea and he was sent in judicial custody for two weeks.

Akash, 34, a first-time MLA who represents Indore III seat, went about beating up the officer even as media persons surrounded him with cameras and recorded the incident.

Akash justified his action. "This is just a beginning. We will finish corruption and hooliganism (of civic officials). Avedan (application), nivedan (request), then dana-dan (thrashing)....this is our line of action."

Witnesses said locals were protesting against razing of a house which had been declared as dilapidated and dangerous, when Akash, who was among protesters, warned civic officials of dire consequences if they did not stop.

His supporters even removed the keys of the earth moving machine brought in to carry out the demolition.

Amid a heated exchange, Akash brought out a cricket bat and started hitting an officer who was talking on mobile phone. The MLA's supporters also attacked the officer and abused him while police personnel tried to bring the situation under control.

Soon after the incident, Indore Municipal Corporation employees stopped work and staged a demonstration against the assault.

Akash claimed that civic officials were even razing houses which were in good condition.

"This is a conspiracy between house owners and officials. They want to raze the houses so that leaders of the ruling Congress can take possession of the land," he alleged.

The magistrate turned down his bail plea after the prosecution contended that the lawmaker had assaulted a municipal officer in public, obstructing government work.

Akash's lawyer Pushymitra Bhargava said he told the court that some municipal officers, in an attempt to get the house vacated, misbehaved with women, and the MLA had to raise voice in public interest in such circumstances.

A huge number of Akash's supporters were present in the court premises amid heavy police security.

Condemning the assault, state Congress spokesperson Neelabh Shukla said, "The lawmaker himself has broken the law. The incident has exposed the real face of the BJP."

The Congress (government) allowed officials to loot people and behave arrogantly with elected representatives, he alleged, seeking a fair probe. 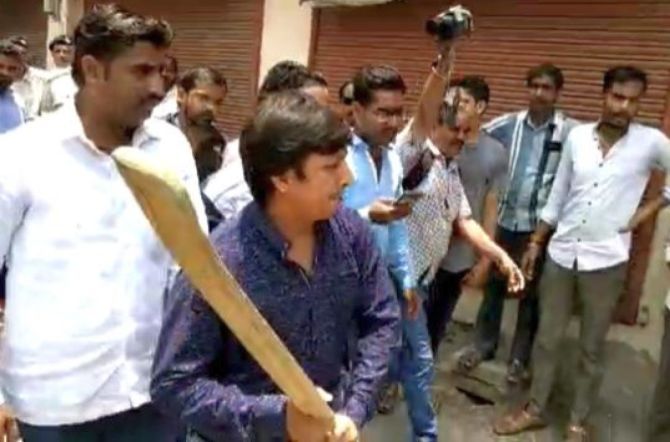 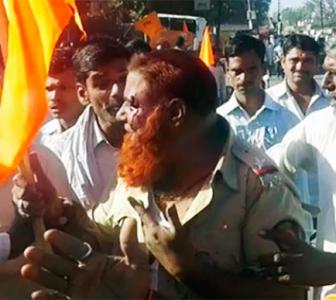 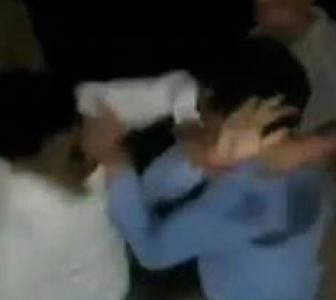 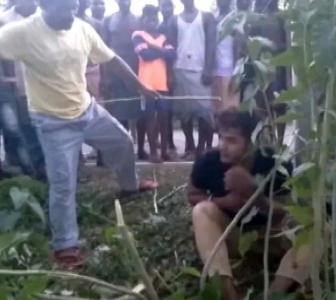 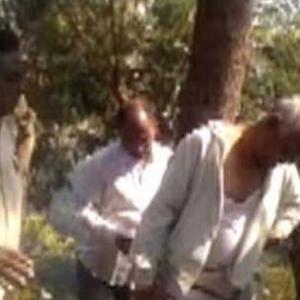 BJP corporator tied to a tree, thrashed over demolition of a slum 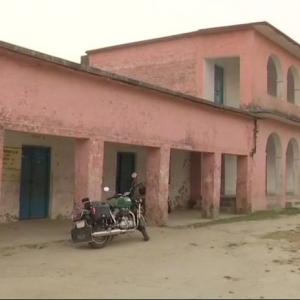