NDA meet on Sunday to choose its leader in Bihar: Nitish

A joint meeting of the National Democratic Alliance legislature party will be held in Patna on Sunday where Nitish Kumar will be elected as its leader, it was decided on Friday. 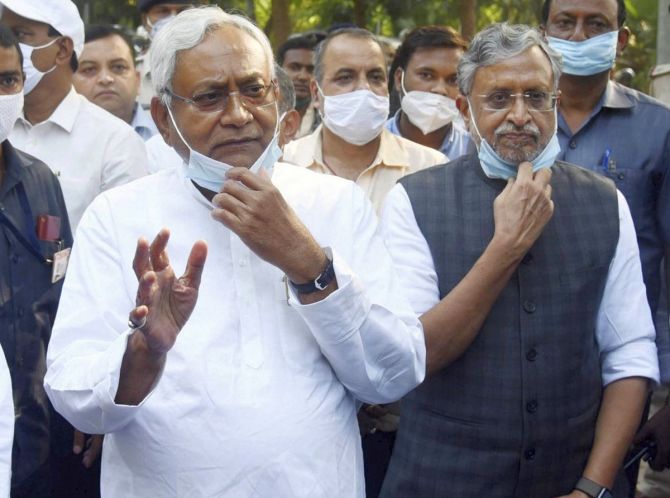 The decision was taken at an "informal" meeting of leaders of the four NDA constituents in Bihar --the Janata Dal-United, the Bharatiya Janata Party, the Hindustani Awam Morcha and Vikassheel Insaan Party at the residence of chief minister Kumar.

"The meeting will start at 12:30 pm on Sunday, November 15 where all further decisions will be taken," chief minister elect Kumar, who also heads the JD-U told reporters later.

He also said the current state cabinet will hold its last meeting in the evening where a decision on the dissolution of the assembly, the tenure of which expires on November 29, will be taken.

Though Kumar did not divulge more on what transpired during the meeting at his residence, informed sources said the issues discussed included the representation of each constituent in the cabinet and election of the new assembly speaker.

Speculation is rife that the BJP might push for an EBC or a Dalit as a deputy CM though it is not clear whether the insistence will be on replacing veteran leader Sushil Kumar Modi, who has been holding the post for the most part since 2005, or replicating the experiment in adjoining Uttar Pradesh where two leaders occupy the post. 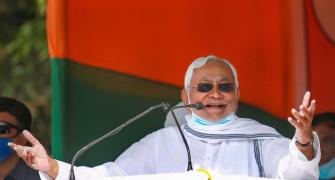 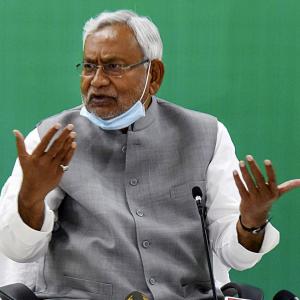