In this capacity, Klain will oversee the Executive Office of the President and serve as a senior advisor.

In addition to supporting the president-elect, Klain will work to build a diverse, experienced and talented team to help President-elect Biden and Vice President-elect Kamala Harris meet the urgent challenges facing the country, a media release said.

"Ron has been invaluable to me over the many years that we have worked together, including as we rescued the American economy from one of the worst downturns in our history in 2009 and later overcame a daunting public health emergency in 2014," said Biden.

"His deep, varied experience and capacity to work with people all across the political spectrum is precisely what I need in a White House chief of staff as we confront this moment of crisis and bring our country together again," Biden said.

Klain was most recently a senior advisor to the Biden for President campaign and has previously served Biden in a number of roles including as his Chief of Staff when he became Vice President.

Klain is also known for his role as the White House Ebola Response Coordinator at the height of the public health crisis.

Klain said, "It's the honor of a lifetime to serve President-elect Biden in this role, and I am humbled by his confidence. I look forward to helping him and the Vice President-elect assemble a talented and diverse team to work in the White House, as we tackle their ambitious agenda for change, and seek to heal the divides in our country."

Klain served as Biden's first Chief of Staff when he became Vice President (2009-11); Chief Counsel of the Senate Judiciary Committee during his tenure as Chair of the Committee (1989-92); and Policy Advisor on the Judiciary Committee staff (1986-87). Klain also worked as an advisor on Biden's 1988 and 2008 presidential campaigns.

According to the Biden-Harris Transition, Klain has devoted many years to public service, serving as White House Ebola Response Coordinator (2014-15).

At the conclusion of his work coordinating the US response, President Obama said that Klain had taken on "a challenge that many called insurmountable, and, in leading the team responsible for tremendous progress, helped remind the world what makes America exceptional."

Klain was also Associate Counsel to President Clinton and in charge of judicial selection. Through his work on the Judiciary Committee, and in the Executive Branch, he has played a role in the selection or confirmation of eight Supreme Court Justices. 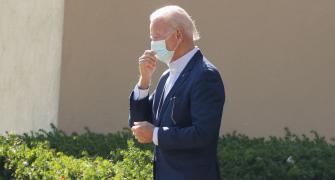