Brigadier (retd) Kuldip Singh Chandpuri, known as the hero of the Battle of Longewala during the 1971 Indo-Pak war, died at a hospital in Mohali on Saturday, his family said.

Brig Chandpuri was suffering from cancer. He is survived by his wife and three sons, his family said.

Brig Chandpuri was a recipient of the Maha Vir Chakra -- the country's second-highest gallantry award -- for his role at Longewala, an outpost in the Thar desert of Rajasthan.

He held off a Pakistani attack while leading a small group of Indian soldiers through the night in the 1971 war.

The 1997 Bollywood classic, Border, in which actor Sunny Deol played the role of Brig Chandpuri, was made depicting the Longewala battle.

The cremation will take place on Monday with full military honours.

Brig Chandpuri passed out from the Officers' Training Academy, Chennai, in 1963 and was commissioned into the 23rd Battalion of the Punjab Regiment. He took part in the 1965 war on the western sector and, thereafter, served in the United Nations Emergency Force for about a year. He also served twice as an instructor at the Infantry School, Mhow.

Punjab Chief Minister Amarinder Singh condoled the passing away of Chandpuri, saying his exemplary and heroic leadership in the Battle of Longewala would inspire the young soldiers and officers of the defence services to discharge their duties with utmost devotion, commitment and sincerity

"Very sorry to learn of the sad demise of Brigadier KS Chandpuri, MVC. He was a very brave and distinguished soldier and the hero of the Battle of Longewala. The nation is poorer with his passing away. My heartfelt condolences to his family," the chief minister tweeted.

The citation for his Mahavir Chakra Award reads: "Major Kuldip Singh Chandpuri was commanding a company battalion of the Punjab Regiment occupying a defended locality in the Rajasthan Sector."

At the Battle of Longewala, Brig Chandpuri exhibited dynamic leadership, exceptional courage and determination in holding his command intact and steadfast. He inspired his men moving from bunker to bunker till the reinforcements arrived, the citation added. 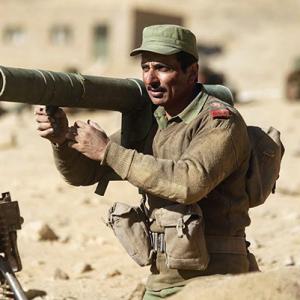