Astrologers predict not much respite from Covid until Sept

Several astrologers have predicted no relief from the novel coronavirus until at least September, even though they disagree on the exact trajectory it would take in terms of number of cases. The country has been under a lockdown since March 25 to contain the spread of coronavirus. But it has infected over 1.7 lakh people as on Saturday and killed nearly 5,000.

"Though the impact of COVID-19 will start reducing by the last week of August 2020, it would take time for the pandemic to completely disappear," said Divya Bhojak, a noted astrologer from Toronto, holding command in Tarot reading and Graphotology.

Bhojak, an NRI, came to India before the lockdown was enforced and is stuck due to the travel restrictions

"This is a result of our own karma. The nature is giving us a lesson as we completely forgot to protect our mother earth," she said.

Explaining the planetary position, she said, the year 2020 is witnessing six eclipses including three visible in India.

Many planets are turning retrograde, meaning an adverse effect for individuals, businesses and other aspects of life, she said.

Kedar Sharma, a senior astrologer from Jaipur, predicts a change to the existing situation after June.

"The position of Saturn and Jupiter would change, without making adverse impact on the economy of country," he said.

Young astrologer Pawan Nishant, and his sister-in-law Shalini Dwivedi from Mathura have earned good reputation for their political predictions.

"Don't expect any respite from coronavirus until September, since Jupiter, now, is not in a position to shower its grace," Nishant predicted.

The country would witness a sharp increase in COVID-19 cases from June 10, he predicted.

The noted astrologer of Dwarkadhish temple, Mathura, Ajai Tailang, predicted some relief from COVID-19 after September 23, including invention of a vaccine against the virus.

People are suffering, since the noted six stars Saturn, Jupiter. Mars, Venus, Rahu and Mercury are on the common trajectory, full of adversaries, he said.

According to astrologer Ramesh Dwivedi of Jodhpur, the impact of pandemic would decrease after June 30th, and the death rate may not be higher.

A drug or vaccine against the coronavirus may be invented after July when Jupiter would change its trajectory, Dwivedi added.

A former officer of the National Museum, Delhi, and young astrologer from Vrindaban, who is known for his novel way of Bhagwatam discourse presentation, predicted a steep rise in the coronavirus cases in the month of June.

He, however, added that the mortality rate would not be high.

According to Anjali Girdhar, an astrologer from Delhi, the pandemic and the associated adverse environment are outcome of an assembly of Saturn, Jupiter and Ketu since 'Ketu helps the growth of virus'.

She predicted some relief by mid-September.

An astrologer from Mumbai, Shreyans Bhojak, also a Tarot Reader and Graphologist, said its impact will gradually decrease after August 2020.

However, according to astrology, there is a possibility of a second outbreak if the precautions against the virus are not followed, he said.

He said as per the current planetary position, the world may face different challenges till 2021, including on economic front, natural disaster and crisis in individual lives.

Some medicine or vaccine may be available by the end of this year, he predicted. 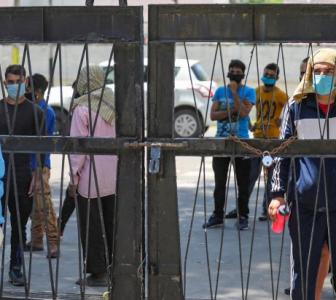 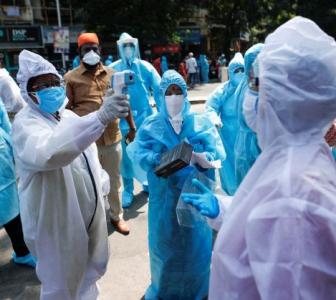