With over 150 anti-poaching camps in the Kaziranga National Park affected by the Assam floods, the authorities are working round-the-clock to check poaching at the United Nations Educational, Scientific and Cultural Organisation (UNESCO) World Heritage site, officials said. 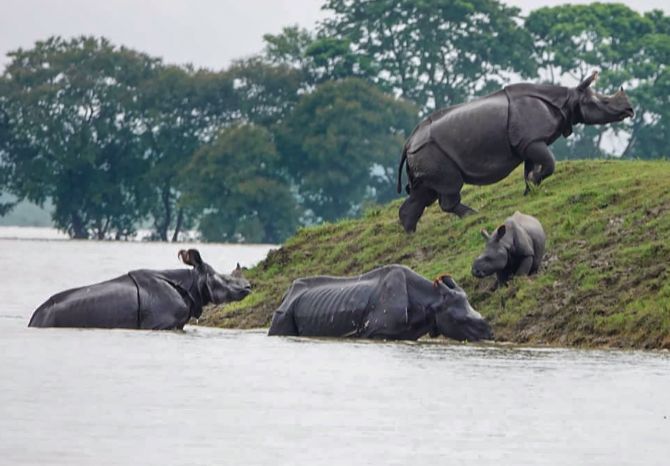 The staff and security personnel are performing their duties using mechanised and country boats to deal with any kind of eventualities, they said.

90 per cent of the Kaziranga National Park in Golaghat and Nagaon districts of the state was still submerged, a statement from the Assam Ministry of Forest and Environment said.

The press communique said 155 of the 199 anti-poaching camps at the KNP are affected by floodwaters.

The Kaziranga National Park is home to the world's largest population of Indian one-horned rhinoceroses. Other animals such as tigers, elephants, sloth bears, monkeys and musk deer are also found in the forest. 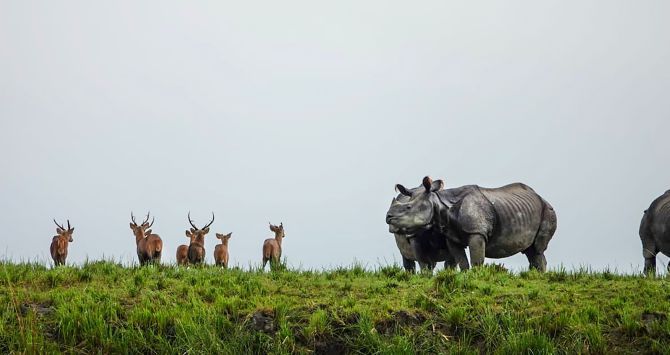 Some of the animals have taken shelter in highlands within the park and many are migrating to the southern highlands of Karbi Anglong, crossing National Highway 37, the statement said.

Though 90 per cent of the KNP is submerged, water level inside the park and the adjoining NH-37 has receded to some extent, restoring the movement of heavy vehicles on the highway on Tuesday.

However, passenger buses were not being allowed to drive through the park, Saikia said.

Till now, six accidents have been reported on the national highway, causing the death of five Hog Deer and a Sambar, the communique said.

Five other animals in the park are reported to have succumbed to injuries 'for various reasons due to flood', it said. 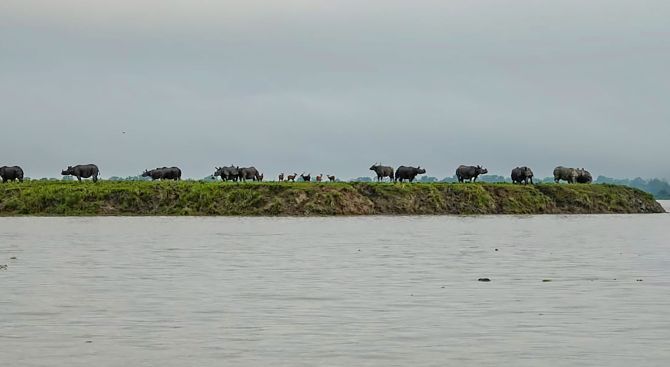 "Teams for rescue operation of distressed animal, as per necessity, are kept in readiness. The Special Rhino Protection Force is also deployed in vulnerable locations of the park," the communique said.

Meanwhile, on the directions of Chief Minister Sarbananda Sonowal, Minister of State for Environment and Forests Naba Kumar Doley has rushed to the park to oversee measures being taken to ensure the safety of wild animals, it said.

Principal Chief Conservator of Forests and Head of Forest Force A M Singh visited several areas of the park to take stock of the situation. 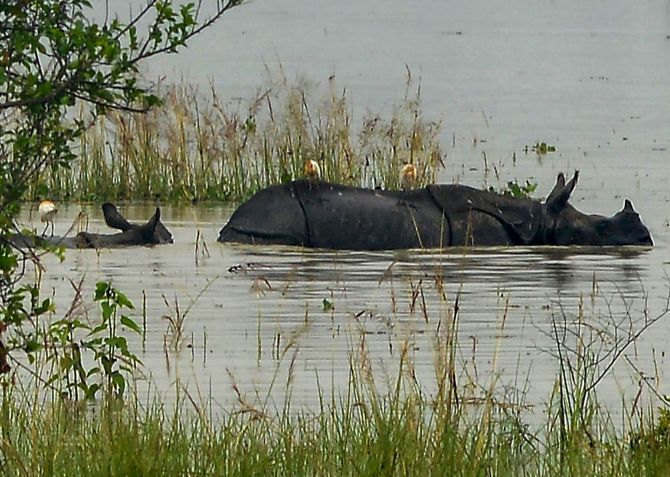 Another Principal Chief Conservator of Forests and Chief Wildlife Warden, Ranjana Gupta, is camping in the park to supervise the operations.

Flood and rescue operation management is being monitored by the chief minister and the forest minister, the release said. Both of them are in constant touch with the park authority for real-time analysis and support, it added.

Prime Minister Narendra Modi had on Monday spoken to Chief Minister Sonowal to take stock of the flood situation, including the condition of the KNP, and assured all possible help and support. 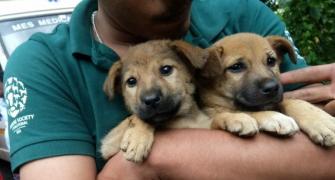