Around 300 Hizb, LeT terrorists waiting in PoK for intrusion

With around 300 terrorists reported to be waiting across the Line of Control in Pakistan-occupied Kashmir (PoK) to sneak into Kashmir Valley, the Indian Army is taking steps to 're-calibrate' its counter-infiltration grid and counter-insurgency strategies to check the intrusion. Lieutenant General B S Raju, who is commanding the strategically-located XV corps in Kashmir, has also asked his formations to take adequate precautions during patrolling along the Line of Control (LoC) in view of the coronavirus outbreak with the possibility of the infiltrating terrorists having infection not being ruled out.

The field intelligence units of the Army coupled with inputs comprising HUMINT (human intelligence) and TECHINT (technical intelligence) indicate that around 300 terrorists, mainly of the banned Hizbul Mujahideen and Lashker-e-Taiba (LeT), are waiting across the border to sneak in, officials said, citing reports from Srinagar collated in the national capital.

As many as 16 launch pads along the LoC had been activated in the recent weeks by the Pakistan Army and its external snooping agency Inter-Services Intelligence which included those located in difficult terrains like Nowshera and Chhamb from where the terrorists are known to enter the Gulmarg area of north Kashmir.

The reports said Lt Gen Raju has been regularly holding meetings with the formations to work on the re-calibration of Counter Infiltration Grid (CIG) to ensure that no terrorist gives the slip and reaches the hinterland after crossing the LoC.

The increased attempts from across the border to push in militants are also being factored in by the Army in its new approach.

In the event of an engagement at the LoC with the terrorists, the troops have been asked to handle any bodies with utmost care as they could be infected with the novel coronavirus, the officials said.

The CIG has been made much more robust and the coordination among various security agencies in the grid smooth, the officials said, adding some changes have been made in the troop deployment which includes putting an additional layer of troops.

Officials said a heavy concentration of terrorists was witnessed across Leepa valley, Athmuqam and Dudniyal, the same area in higher reaches of Keran sector in north Kashmir where a group of five terrorists had infiltrated on April 1 and who were subsequently neutralised on April 5. Five army personnel also lost their lives in the gunfight.

The launch pads like Dumail, Sardari and Dhakki, which are normally activated in late summer, had also witnessed the presence of terror groups this time, the officials said.

Among other launch pads that had seen presence of terrorists included Shardi, Neelum valley, Nowshera and even Chakoti, Khoja bandi and Haji Peer.

These camps were used by the terrorists to sneak into the Uri army camp in 2016.

As many as 19 soldiers were killed when four terrorists entered the camp on September 18, 2016. All the infiltrating terrorists were subsequently killed.

This incident led to Uri surgical strikes in which the Army's special forces targeted the terror camps across the LoC. 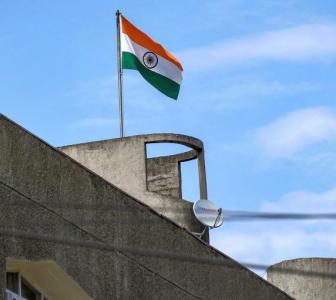