The army closed the alleged Pathribal fake encounter case on Thursday saying that “the evidence recorded could not establish a prime facie case against any of the accused persons, but clearly established that it was a joint operation by the police and the army based on specific intelligence”.

Five persons were killed in south Kashmir’s Pathribal forest area on March 25, 2000, days after 35 Sikh villagers were gunned down in Chattisinghpora village of Anantnag district.

Following a public outcry, the administration had ordered the exhumation of the bodies of the five persons and ordered a Central Bureau of Invsetigation probe into the incident.

The CBI had indicted five army personnel in the case.

The CBI had described the killings as ‘cold blooded murder’. The security forces had said that the five slain persons were foreign militants responsible for the Sikh massacre which came a day before the visit of the then US president Bill Clinton.

In a statement a defence spokesman said, “Consequent to CBI investigation and order of Hon'ble Supreme Court in March 2012, the army had taken over the alleged Pathribal case from the Court of Chief Judicial Magistrate, Srinagar in June 2012. A comprehensive and exhaustive effort was undertaken to record evidence against all the accused persons.”

“Over 50 witnesses have been examined including a large number of civilian witnesses, state government and police officials. Forensic, documentary and other relevant evidence has also been taken on record. For the convenience of the next of kin of the deceased persons and other civilian witnesses, the team recording the evidence moved to the valley to record their statements. Considerable help was provided by the local civil administration,” the statement said.

“The evidence recorded could not establish a prime facie case against any of the accused persons, but clearly established that it was a joint operation by the police and the army based on specific intelligence. The case has since been closed by the army authorities and intimation given to hon'ble court of judicial magistrate, Srinagar.”

“As it may be recalled, the army had earlier in the alleged Machhil case ordered court martial against six accused army persons and the court martial proceeding are currently in progress,” the statement further said.

“The army is very sensitive to all allegations of human rights and makes sure that due process of law is followed and action taken against the accused persons. This was reiterated by the army commander during his media interaction on the occasion of Army Day at Akhnoor on January 15. In the past, 123 army personnel found guilty in 59 cases of human rights violations have been punished by the Army in Jammu and Kashmir State,” the statement said. 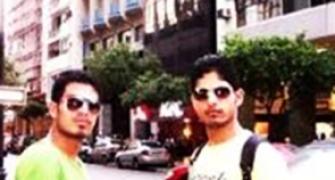 Gay couple granted asylum in US after fleeing India 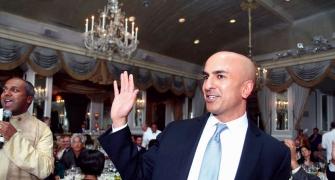 Exclusive! Why the '$700 bn man' is a candidate with a difference