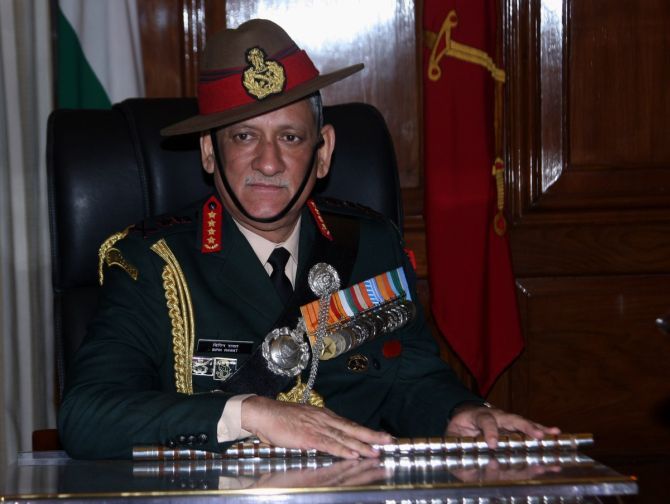 Army Chief General Bipin Rawat on Sunday met National Security Advisor Ajit Doval and apprised him of the situation in the Kashmir Valley.

The meeting comes amidst a raging controversy after a video surfaced showing a man being tied to an army jeep as a shield against stone-pelters during polling for the Srinagar Lok Sabha seat.

Sources said the Army Chief, during the 30-minute-long meeting, apprised Doval of the situation in the Valley besides briefing him about the overall security scenario in the state.

The video triggered a public outcry in the Valley, prompting the civil and army authorities to launch separate investigations.

Normal life was affected in the Kashmir Valley due to a strike called by separatists to protest the killing of a 23-year-old man allegedly in firing by Border Security Force jawans in Batamaloo area of the city.

Shops, fuel stations and other business establishments were shut. Public transport was off the roads, but private cars, cabs and auto-rickshaws were seen plying in many areas.

Business at the weekly flea market was also hit as vendors chose not to put up their stalls.

Similar reports of strike being observed in other district headquarters were coming in, the officials said.