Anti-Citizenship Amendment Act activist Sharjeel Imam, on the run after sedition charges were slapped against him for allegedly making inflammatory speeches, was on Tuesday arrested from Bihar's Jehanabad district where a court handed him over to a Delhi police team on transit remand.

Jehanabad superintendent of police Manish Kumar said Imam, who was arrested from a place in Kako police station area, was produced before the court of Chief Judicial Magistrate R K Rajak where he was handed over to a Delhi police team on transit remand for 36 hours.

According to the SP, Sharjeel Imam was arrested in the afternoon from a place close to his ancestral house, hours after his younger brother Muzzamil Imam was picked up for questioning and grilled by police.

The officer did not disclose further details though unconfirmed reports said that the JNU scholar, who had arrived in his native district the previous night, was hiding in a mosque to which he was guided by a close relative.

Police had earlier raided his ancestral home on Sunday when it went hunting for him but Imam eluded the dragnet.

A graduate in computer science from IIT-Mumbai, Imam had shifted to Delhi for pursuing research at the Centre for Historical Studies at the JNU.

He was slapped with a sedition case after a video of his purported speech went viral on social media where he was heard speaking about "cutting off" Assam and the northeast from the rest of India.

"If five lakh people are organised, we can cut off the northeast and India permanently. If not, at least for a month or half a month. Throw as much 'mawad' (variously described as pus or rubbish) on rail tracks and roads as it would take the Air Force one month to clear it.

"Cutting off Assam (from India) is our responsibility, only then they (the government) will listen to us. We know the condition of Muslims in Assam....they are being put into detention camps," he was shown in the video as saying.

Meanwhile, Bihar chief minister Nitish Kumar reacted to the development, saying the arrested student activist "ought to have an understanding of the countrys Constitution and the law....if anybody talks about India's disintegration, who is going to accept this".

Kumar also stressed that people like Sharjeel were "exceptions" and did not represent "views held by a large section of people". 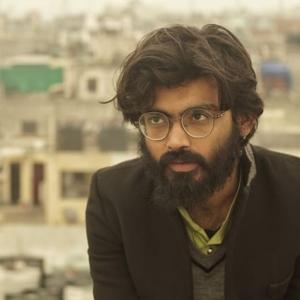