Continue ops to wipe out terrorism in J-K: Amit Shah to security forces

Union Home Minister Amit Shah on Thursday directed security forces to continue their coordinated efforts through meticulous and well-planned counter-terror operations to wipe out terrorism in Jammu and Kashmir. 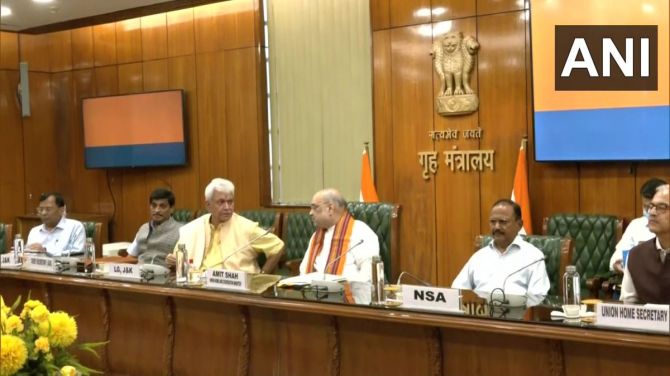 At a review meeting on security situation in Jammu and Kashmir, Shah said the terrorist eco-system comprising elements that aid, abet and sustain the terrorists and separatists campaign to the detriment of the well-being of common man requires to be dismantled.

"Union Home Minister asked security forces and the police to continue with the coordinated efforts through meticulous and well-planned counter-terrorism operations to wipe out terrorism. He also said people of Jammu and Kashmir would decisively defeat the proxy war with the help of security forces," an official statement said.

Shah reviewed the working of the security grid and on various actions being taken to reduce the incidents of terrorism over the last few years.

He appreciated the efforts of the security agencies and administration of the Union Territory of Jammu and Kashmir for the successful conduct of the Amarnath Yatra this year, which was held after a gap of two years due to the COVID-19 pandemic.

The home minister said it is Prime Minister Narendra Modi's vision to have a prosperous and peaceful Jammu and Kashmir, and to achieve this, the security forces should strive to make the border and the LoC impregnable.

Once the fear of cross-border movement of terrorists, arms and ammunition is eliminated, the people of Jammu and Kashmir would decisively defeat the proxy war with the help of security forces, he said.

The meeting reviewed the cases registered under the UAPA and it was stressed that the investigation should be timely and effective. The agencies concerned should work on improving capacities for ensuring quality investigation, he said.

Three infiltrators were killed by security personnel along the Line of Control in the Kamalkote sector of Uri on Thursday.

There have been at least three infiltration bids by terrorists from across the border in the last four days in Jammu and Kashmir.

A group of terrorists tried to infiltrate into the Indian territory in the Pallanwala sector of Jammu and Kashmir on Tuesday night. Alert troops fired at them, forcing them to retreat.

On August 21, soldiers deployed in the Jhangar sector of Rajouri's Naushera spotted the movement of two to three terrorists on the Indian side of the LoC and challenged them, officials had said.

One of the terrorists tried to flee, but was injured in firing by the soldiers and captured alive. The two other terrorists managed to flee, they said.

On the intervening night of August 22 and 23, a group of two to three terrorists tried to infiltrate in the Lam sector of Naushera.

As they moved ahead into minefields, a series of mines got activated and two ultras were killed on the spot.

Terrorists attacked an Army camp in Rajouri district on August 11, killing four soldiers. The two attackers were gunned down after the pre-dawn suicide strike that marked the return of fidayeen attackers to Jammu and Kashmir after more than three years.

The government had informed Parliament that till last month, as many as 118 civilians, including five Kashmiri Pandits and 16 other Hindus and Sikhs, were killed in Jammu and Kashmir since the abrogation of Article 370 of the Constitution in 2019.

The killings of Kashmiri Pandits triggered protests by the members of the community, who demanded enhanced security and transfer of government employees to safer locations.

In May, four Hindu pilgrims were killed and at least 20 injured when their bus caught fire near Katra in Jammu. Police suspect a sticky bomb might have been used to trigger the fire. 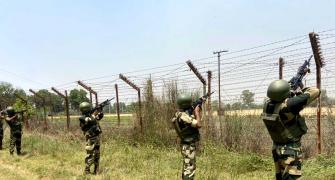 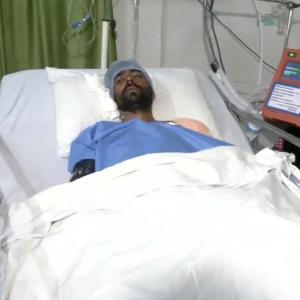