All-party meet on Thursday ahead of Parliament session

Amid indications of a stormy Winter session of Parliament, an all-party meeting has been convened by Lok Sabha Speaker Meira Kumar on Thursday to ensure that the sittings were held smoothly.

The session is commencing on November 22 and concluding on December 21.

The Monsoon session earlier this year had failed to transact much official business despite heavy government agenda in the wake of the opposition interruptions on several issues.

Opposition parties are preparing to raise a number of issues triggering apprehension that the session could be tumultuous.

The issues of corruption, black money and rising prices are expected to be the main stick of the opposition to beat the government with.

Issues like statehood for Telangana, economic blockade in Manipur and legislations like the food security bill, land acquisition bill, communal violence bill and the government's dealings with Pakistan are also expected to be raised by the opposition.

Ahead of the session, government has assured the opposition that it was ready for a thorough discussion on any issue which they wish to raise.

"I will earnestly appeal to the opposition to cooperate with the government in carrying out of the official business," Parliamentary Affairs Minister Pawan Kumar Bansal told PTI.

Noting that discussion is the essence of democracy, he said, "We must use to the fullest every minute of Parliament time....I see no reason why Parliament should not run smoothly." 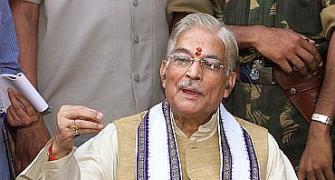 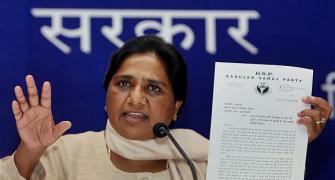