The United Nations Security Council is scheduled to discuss India's move to revoke the special status to Jammu and Kashmir at a meeting behind closed doors, diplomats told news agencies.

Poland, which currently holds the council's rotating presidency, has listed the matter for discussion at 10 am on Friday, the diplomats were quoted as saying. 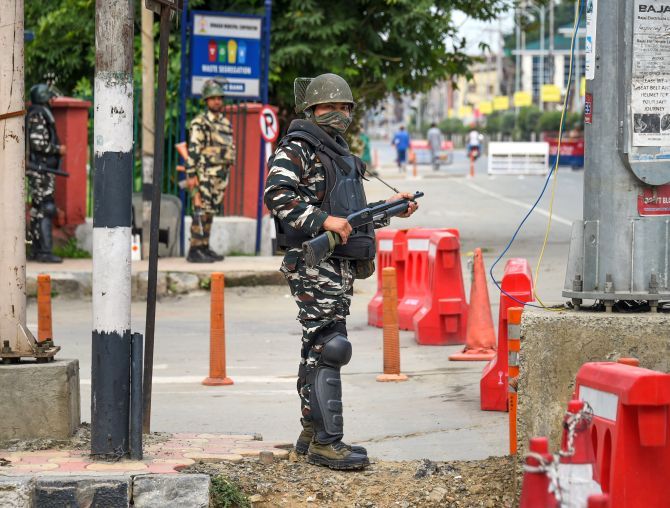 Earlier in the day, China, an all-weather ally of Pakistan, had asked for 'closed consultations' in the UNSC to discuss the matter after Islamabad wrote a letter seeking a meeting, according to a top UN diplomat.

The diplomat told PTI on condition of anonymity that a request for such a meeting was submitted very recently, and could take place as early as Friday.

"China asked for closed consultations on the Security Council agenda item 'India Pakistan Question'. The request was in reference to the Pakistani letter to Security Council President," the diplomat said.

Geo News quoted UNSC President Joanna Wronecka as saying that 'the UNSC will discuss the Jammu and Kashmir situation behind closed doors most likely on August 16'.

When asked about the timing of the meeting, Wronecka said, 'Most probably on Friday as the Security Council would not operate on Thursday', the report said.

India has categorically told the international community that its move to scrap Article 370 of the Constitution removing the special status to Jammu and Kashmir was an internal matter and has also advised Pakistan to 'accept the reality'.

UN Secretary General Antonio Guterres has urged India and Pakistan to exercise 'maximum restraint' and refrain from taking steps that could affect the status of Jammu and Kashmir.

He had highlighted the Simla Agreement which rejects any third-party mediation on the issue.

Pakistan formally called for an emergency meeting of the UNSC to discuss India revoking the special status to Jammu and Kashmir, Foreign Minister Shah Mahmood Qureshi said on Thursday.

Qureshi said that a discussion on the Kashmir issue in the UNSC after four decades will be a landmark diplomatic achievement, Pakistani media reported.

"The world needs to realise that it is the issue of humanity and not a piece of land between the two countries," the state-run PTV quoted Qureshi as saying.

Qureshi sent a formal letter to Wronecka through country's Permanent Representative Maleha Lodhi to convene the meeting. Qureshi said the letter will also be shared with all members of the UNSC.

Last Friday, Qureshi had air-dashed to Beijing for urgent consultations with the Chinese leadership on the issue of raising the Kashmir issue at the UNSC.

After his return to Pakistan, he had said Beijing fully supported Islamabad in approaching the UNSC.

"China has directed its representative in New York to keep close liaison with Pakistani diplomats on the issue," Qureshi told reporters in Islamabad last week.

He said China and Pakistan had also nominated their focal persons at Director General level for the purpose.

China wants the resolution of the issue according to the UN Resolutions, he added.

During his bilateral meeting with Chinese Foreign Minister Wang Yi on Monday in Beijing, External Affairs Minister S Jaishankar conveyed that India's decision to revoke the special status of Jammu and Kashmir was an internal matter for India.

He said the issue related to changes in a temporary provision of the Constitution of India and was the sole prerogative of the country.

Jaishankar noted that the legislative measures were aimed at promoting better governance and socio-economic development and there was no implication for either the external boundaries of India or the Line of Actual Control (LAC) with China.

"India was not raising any additional territorial claims. The Chinese concerns in this regard were therefore misplaced," he said.

Jaishankar emphasised to Wang that these changes had no bearing on Pakistan as it was an internal matter.

"It did not impact the LoC. Where India Pakistan relations are concerned, Chinese side should base its assessment on realities.

"India, as a responsible power, had shown restraint in face of provocative Pakistani rhetoric and actions. India has always stood for normalisation of the ties in an atmosphere free of terror," the minister said. 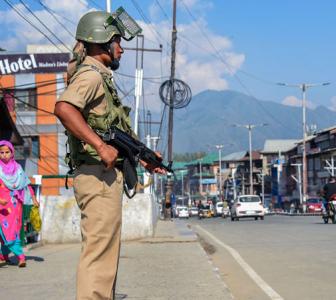