After Art 370, Ayodhya, will Sangh aim for Uniform Civil Code?

A small step in this direction was taken with making triple talaq a punishable offence in the last Parliament session. But UCC is difficult to implement, reports Archis Mohan. 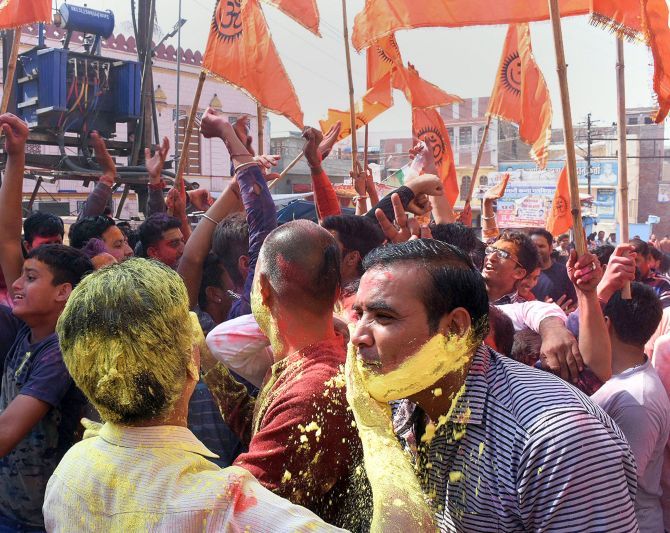 After the Supreme Court verdict on Saturday, the Sangh Parivar and its electoral arm, the Bharatiya Janata Party, have accomplished much of their "core agenda", of scrapping Article 370, the construction of a Ram temple at the disputed site in Ayodhya, and implementation of a uniform civil code.

The question that vexed many and was asked on Saturday to both Sangh Parivar leaders as also those representing the Muslim community, was whether there could now be a renewed push to temple politics centred on demands to demolish mosques in Varanasi and Mathura.

In the past few months, the Rashtriya Swayamsevak Sangh has shifted the goalposts for the Narendra Modi government 2.0 to implementing the National Register of Citizens across the country, and ensuring the passage of the Citizenship Amendment Bill in the forthcoming winter session of Parliament.

On the question of Varanasi and Mathura, Rashtriya Swayamsevak Sangh chief Mohan Bhagwat, addressing a press conference in the national capital, was taciturn in his response.

He suggested that the RSS may not take up Mathura and Varanasi, and would focus on manushya nirman.

“There was a historic background to the RSS being involved with Ayodhya. As an organisation we don’t otherwise involve ourselves in agitations and we will revert to our man-making mission,” Bhagwat said.

The Vishva Hindu Parishad, an arm of the RSS, had since the 1960s kept the Ram Janmabhoomi issue alive with the BJP adopting it as its principal plank in its Palampur resolution in 1989.

On Kashi and Mathura, VHP working president Alok Kumar said the outfit is currently focussed on construction of a grand Ram temple in Ayodhya and it has no time to raise any other demands.

“About Kashi and Mathura, I must make it clear that Supreme Court judgment is not the end of the story, it is the beginning,” Kumar said.

But people in the RSS rank and file believe it would be difficult to galvanise people on the issue of a temple yet again.

The outfit is aware that economic slowdown and agrarian distress are its weak spots as also that of the BJP, as assembly polls in the last 12 months have shown.

Of the Sangh Parivar’s core agenda, provisions of Article 370, that granted special status to Jammu and Kashmir, were scrapped on August 5, and now the SC has cleared the way for the construction of a “grand” Ram temple at the disputed site in Ayodhya.

As for its third core agenda of implementing a UCC, the BJP in its 2019 Lok Sabha election manifesto had “reiterated” its stand to “draft a Uniform Civil Code, drawing upon the best traditions and harmonising them with the modern times”.

A small step in this direction was taken with making triple talaq a punishable offence in the last Parliament session.

But UCC is difficult to implement.

A report by a committee the ministry of law and justice instituted during the tenure of the previous Modi government had elaborated on how marriage, divorce and social practices differed within communities that identify themselves as Hindus.

Opposition parties have demanded the government present a draft UCC for debate and discussion in the public sphere and Parliament. 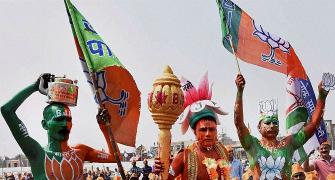