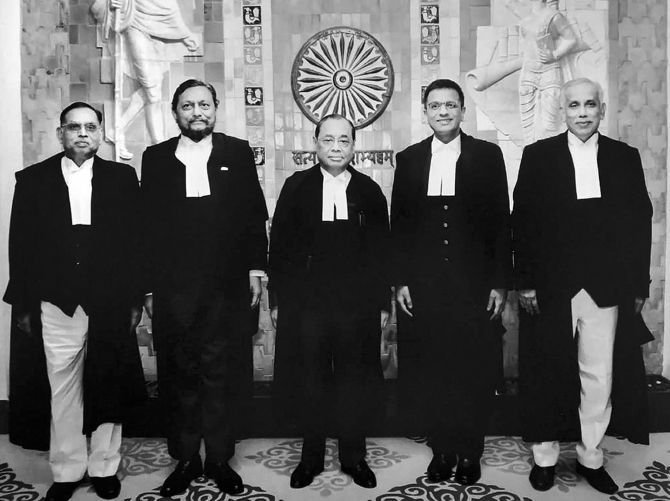 The Supreme Court on Saturday said it was tasked with an 'adjudicatory task of unique dimension' in the Ayodhya land dispute case and its facts, evidence and oral arguments have traversed the 'realms of history, archaeology, religion and the law'.

The apex court, which delivered a historic unanimous judgment putting the curtains down on the vexatious legal battle that has torn the social fabric of the nation, said citizens of all faiths, beliefs and creeds 'seeking divine provenance' are both subject to law and equal before law under the Indian Constitution.

A five-judge constitution bench headed by Chief Justice Ranjan Gogoi said that the law must stand apart from political contestations over history, ideology and religion.

"In the present case, this court is tasked with an adjudicatory task of unique dimension. The dispute is over immovable property. The court does not decide title on the basis of faith or belief but on the basis of evidence. The law provides us with parameters as clear but as profound as ownership and possession," the bench said.

The bench, comprising Justices S A Bobde, D Y Chandrachud, Ashok Bhushan and S Abdul Nazeer, said every judge of the top court is 'not merely tasked with but sworn to uphold the Constitution and its values' and the Constitution does not make a distinction between the faith and belief of one religion and another.

"All forms of belief, worship and prayer are equal. Those whose duty it is to interpret the Constitution, enforce it and engage with it can ignore this only to the peril of our society and nation," it said.

"The Constitution speaks to the judges who interpret it, to those who govern who must enforce it, but above all, to the citizens who engage with it as an inseparable feature of their lives," the bench said.

The apex court said in a case replete with references to archaeological foundations, the court must remember that it is law which 'provides the edifice upon which our multi-cultural society rests'.

"The law forms the ground upon which, multiple strands of history, ideology and religion can compete. By determining their limits, this court as the final arbiter must preserve the sense of balance that the beliefs of one citizen do not interfere with or dominate the freedoms and beliefs of another," it said.

The bench said on August 15, 1947, India as a nation realised the vision of self-determination.

In its 1,045-page verdict, the top court cleared the way for construction of the Ram Temple at the disputed site in Ayodhya and directed the Centre to allot a five-acre plot to the Sunni Waqf Board for building a mosque at a suitable prominent place there.

The court declared that the entire 2.77 acre of disputed land belong to deity 'Ram Lalla Virajman', represented by next friend, and directed the Centre to formulate a scheme within three months for setting up of a trust with a board of trustees to construct the temple.

Abhishek Anshu
Source: PTI© Copyright 2020 PTI. All rights reserved. Republication or redistribution of PTI content, including by framing or similar means, is expressly prohibited without the prior written consent.
SHARE THIS STORY
Print this article 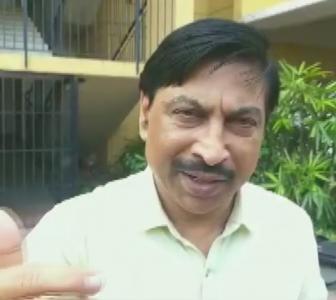