As many as 40 websites belonging to the Sikh For Justice (SFJ), an outlawed organisation, have been blocked by the government for supporting secessionist activities, the Home Ministry said on Sunday. The United States-based Sikhs for Justice (SFJ) is a pro-Khalistan group.

"Sikhs For Justice (SFJ), an unlawful organisation under the UAPA,1967, launched a campaign for registering supporters for its cause. On recommendation of MHA, MEITY has issued orders under Sec. 69 A of the I.T. Act, 2000, for blocking 40 websites of SFJ," a home ministry spokesperson said.

The Ministry of Electronics and Information Technology (MEITY) is the nodal authority for monitoring the cyber space in India.

Last year, the home ministry had banned the SFJ for its alleged anti-national activities.

The SFJ pushed for Sikh Referendum 2020 as part of its separatist agenda.

It openly espouses the cause of Khalistan and in that process challenges the sovereignty and territorial integrity of India, another official said.

Source: PTI  -  Edited By: Utkarsh Mishra© Copyright 2022 PTI. All rights reserved. Republication or redistribution of PTI content, including by framing or similar means, is expressly prohibited without the prior written consent.
Related News: SFJ, MEITY, Ministry of Electronics and Information Technology, UAPA, MHA
Print this article 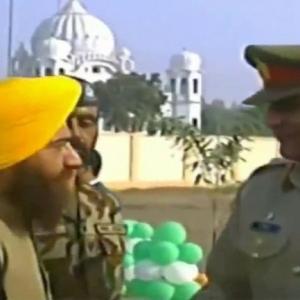