A week after taking over as chief minister of Karnataka, Basavaraj Bommai on Wednesday expanded his new cabinet, by inducting 29 ministers. 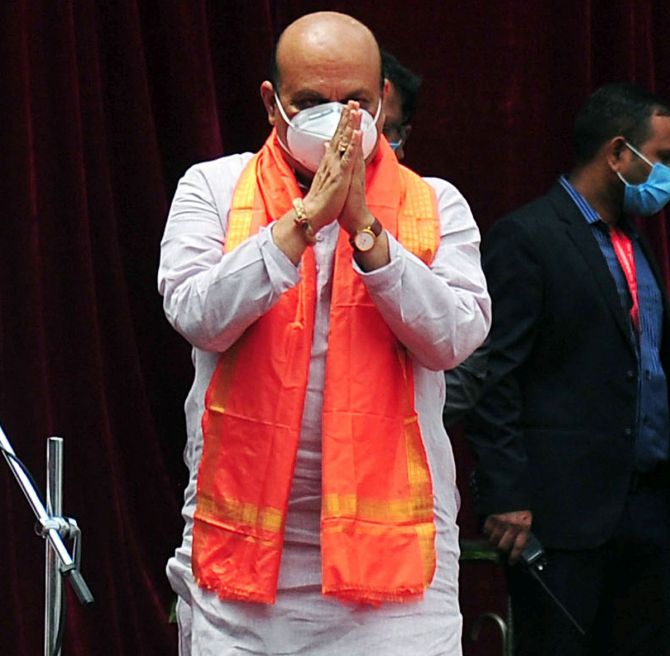 The new ministers were administered the oath of office and secrecy by Governor Thaawarchand Gehlot at the Raj Bhavan in Bengaluru.

The chief minister said allocation of portfolios to the new Ministers will be done in a couple of days.

In the cabinet expansion, which was seen as the first challenge before the new chief minister, Bommai has tried to play safe. He has by and large retained the old faces, as 23 of them were ministers in the previous B S Yediyurappa cabinet, while six are new.

However, there are no deputy chief ministers in this cabinet, unlike in the previous Yediyurappa ministry, which had three.

According to party sources, the chief minister was against having any deputies.The high command also shared his view as there were too many aspirants for the posts and it had the potential to create further rift within the government and party in the days to come,the sources said.

Meanwhile, the BJP high command seems to have not agreed to induct Yediyurappa's younger son and state BJP vice president B Y Vijayendra into the cabinet, amid reports of pressure from the party strongman, in this regard.

"The national president has spoken to Yediyurappa and the national general secretary in-charge of Karnataka Arun Singh spoke to Vijayendra personally.

"I can only say, Vijayendra's name is not there in the list today," Bommai said in response to a question on Vijayendra.

Bommai, who was elected as the new leader of the BJP legislature party last week, following Yediyurappa's resignation, had taken oath as the Chief Minister on July 28.

Among the new Ministers 8 are Lingayats, taking the dominant community's count in the cabinet to 9, including the chief Minister Bommai.

Ministers from other communities include 7 Vokkaligas, 7 OBCs, 3 SCs, 2 Brahmins, 1 ST and 1 Reddy.

Keeping up the "promise", Bommai has inducted 10 legislators who had joined the Bharatiya Janata Party after quitting the Congress-Janata Dal-Secular coalition in 2019, and helped the saffron party to come to power.

Eleven of them were Ministers in the Yediyurappa government, out of them two -- Shrimant Patil and R Shankar -- have not made it to the Bommai cabinet, while Munirathna has been newly inducted.

A total of seven legislators, who were ministers in the previous Yediyurappa cabinet, are not part of the new ministry. They are -- Jagadish Shettar (who had opted out of the ministry citing seniority as a former CM), Suresh Kumar, Laxman Savadi, Arvind Limbavali, C P Yogeshwar, Shrimant Patil and R Shankar.

Responding to a question on some senior ministers being dropped, Bommai said, the high command has decided to rope in some senior leaders with organisational experience for party work.

Meanwhile, discontent seems to be brewing within the ruling BJP, with ministerial aspirants who could not make it to cabinet and their supporters openly expressing their displeasure through statements and protests and also several districts not getting any representation.

Bengaluru city has got the lion's share in the cabinet with seven ministers from the city.

"All are our people, onely 34 can become ministers, not all. While few have been dropped, some have been inducted. I will speak to them (legislators who are unhappy) and try to convince them. When the opportunity comes in the future they will be given a chance," Bommai said.

Existing ministers will be made in-charge for districts with no representation for the sake of development, he added.

Hectic parleys were on between Bommai and central leaders in Delhi during the last couple of days, to finalise the cabinet expansion.

He said the cabinet is formed with an aim to give pro-people administration and to face the upcoming elections.

Asked if the high command had a larger say in cabinet expansion, he said: "Ours is a national party, there will be consultation.In consultation with them I have done it."

Bommai also said portfolio allocation will not take much time and it will be done in one or two days.

"It will be done by me and I will do it," he said, as he rejected reports that several ministers had sought their previous portfolios.

Interestingly, legislators who had allegedly indulged in activities or issued statements against Yediyurappa's leadership like Basanagouda Patil Yatnal, C P Yogeshwar and Arvind Bellad besides M P Renukacharya,a staunch loyalist of the former CM who had claimed to have conducted a signature campaign in Yediyurappa's favour, have not been inducted.

Party sources said this is a clear message to those indulging in such activities from the high command.

The cabinet, which met later in the day after it was expanded, decided that all ministers will immediately visit districts assigned to them and review the flood and COVID-19 situation there, and report the requirement of additional assistance for relief. 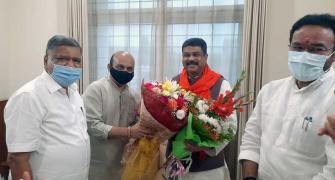 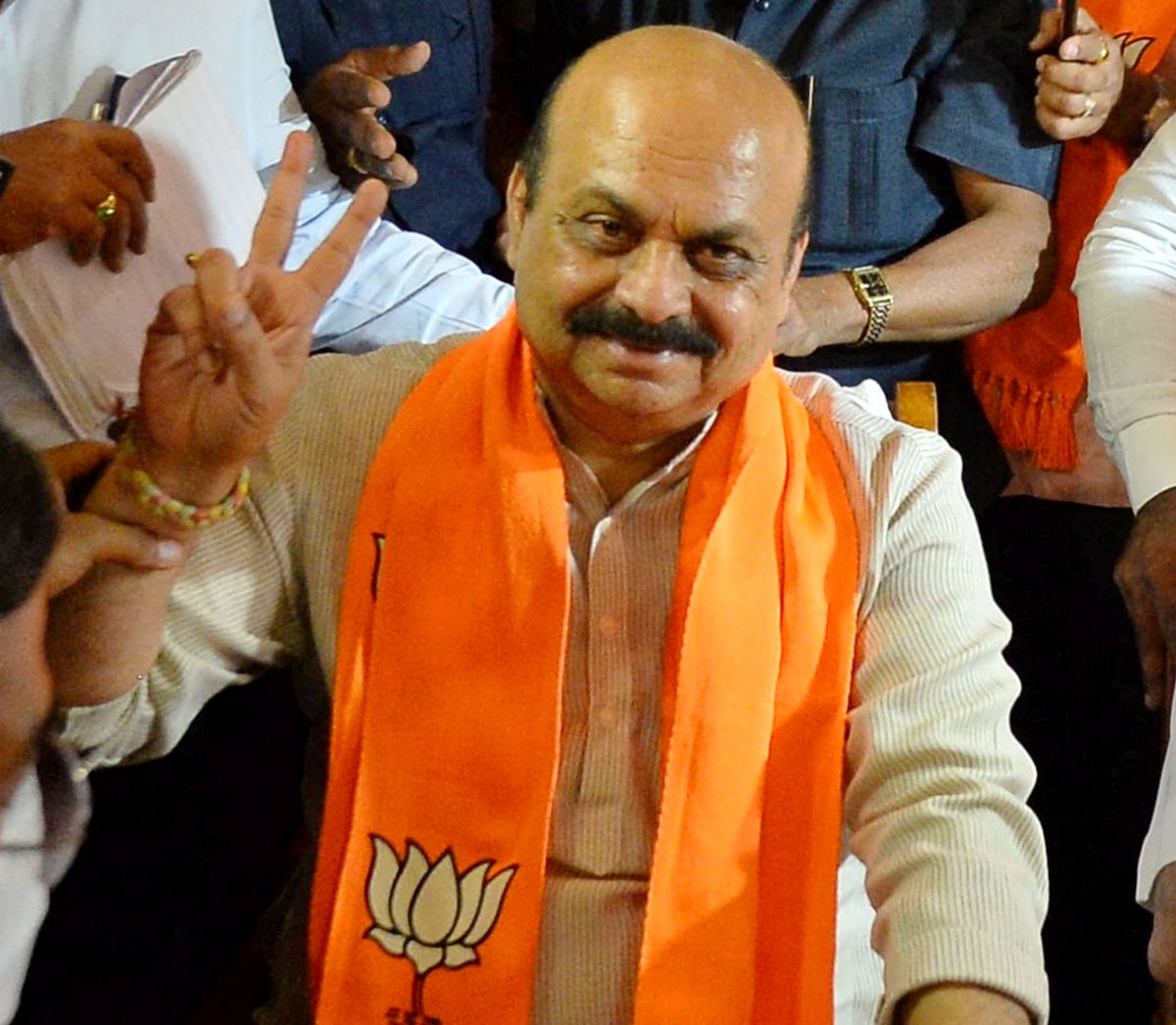 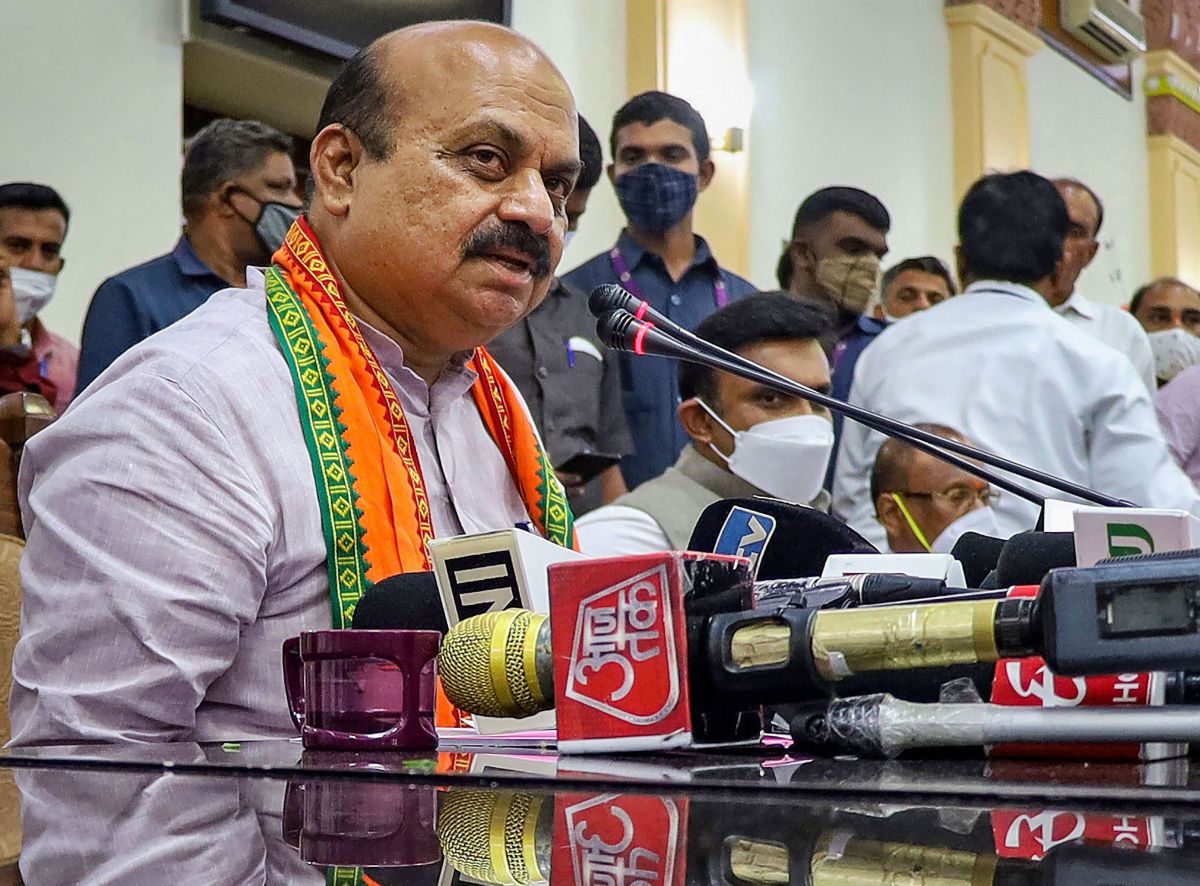