News
Business
Movies
Sports
Cricket
Get Ahead
Money Tips
Shopping
Sign in  |  Create a Rediffmail account
Rediff.com  » News » 1984 riots could have been avoided if... Manmohan Singh

1984 riots could have been avoided if... Manmohan Singh

The 1984 Sikh riots could have been avoided had the then home minister P V Narasimha Rao heeded to I K Gujral's advice to call in the Army at the earliest to contain the violence after Indira Gandhi was assassinated, according to former prime minister Manmohan Singh. 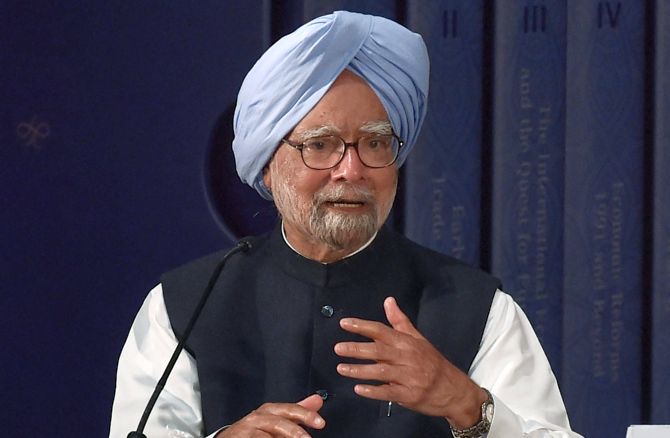 Singh's comments at an event on Wednesday to pay tributes to former prime minister I K Gujral drew sharp reaction from the Bharatiya Janata Party which blamed Rajiv Gandhi for the riots.

"When the sad event of 1984 took place, Gujral-ji on that very sad evening, went to the then Home Minister P V Narasimha Rao and said to him that the situation is so grave that it is necessary for the government to call in the Army at the earliest. If that advice had been heeded, perhaps the massacre that took place in 1984 could have been avoided," he said.

Several parts of the national capital witnessed anti-Sikh riots after Indira Gandhi was assassinated by her Sikh bodyguards on October 31, 1984. Nearly 3,000 Sikhs were killed in the violence.

Taking a swipe at Singh, the BJP asked if Rao was so "bad", why he chose to become the finance minister in his government in 1991.

The Congress refused to react to Singh's comments.

"In a way, Rajiv Gandhi supported the massacre with his subsequent comments that the earth shakes when a big tree falls," Javadekar told reporters about the riots following the assassination of Gandhi.

"I admire and compliment Manmohan Singh for being truthful and calling a spade a spade," he said.

Shiromani Akali Dal chief Sukhbir Singh Badal, however, said he was "deeply pained and disappointed" with Manmohan Singh's comments and alleged that it was "a shocking attempt to shift blame" from Rajiv Gandhi.

In a statement in Chandigarh, the SAD chief said, "Relevant government records clearly show that the decision against Army deployment was taken at a meeting held at the residence of Rajiv Gandhi."

Singh's claim is "neither true nor appropriate", Badal said.

"It is shocking because it comes from Manmohan Singh whom we have always genuinely respected. It is inappropriate and indecorous as it involves two former prime ministers, P V Narasimha Rao and I K Gujral, neither of whom is alive to respond to this claim. It is intriguing why Singh kept quiet on this all those years when Rao and Gujral were around to confirm or deny this claim," he said. 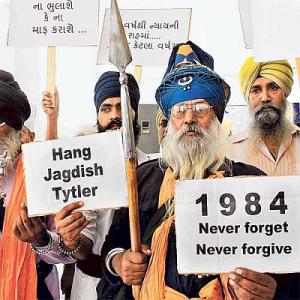