Apart from Kerala, in no state has the Grand Old Party scored in double digits.
Syed Firdaus Ashraf/Rediff.com reports. 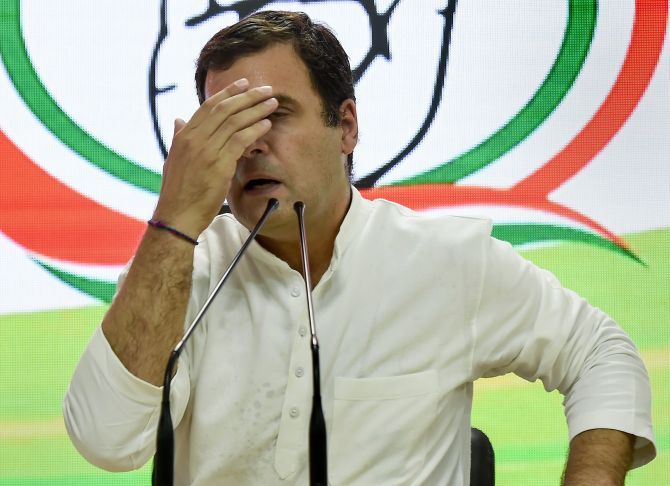 There is unlikely to be a Leader of the Opposition in the 17th Lok Sabha too as the Congress has failed to secure the mandatory 55 seats needed to quality for the post.

A party must win a minimum of 10 per cent Lok Sabha seats to qualify as Leader of the Opposition.

As per the latest trends, the party is likely to win 52 seats this election.

The Congress drew a blank in as many as 14 states.

In 9 states, it won or is likely to win only one seat.

Here's the state-wise break-up of the Congress's performance.

0 seat in the following states:

2 seats in these states:

3 seats in the following states:

In Kerala, the party won 15 seats.

In Punjab, the Congress won 8 seats.

The party also won 1 seat in Andaman and Nicobar Islands and Puducherry, while drawing a blank in other Union Territories.

** Kindly note that the numbers are provisional and will change once counting is complete. 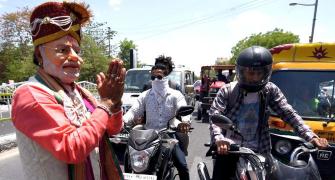