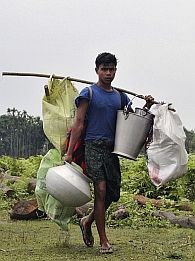 Normalcy is returning to the violence-affected districts of Baksa and Kokrajhar under Bodoland Territorial Autonomous Districts Council areas in Assam. The state government claims that there has been no incident in the last 48 hours as the security apparatus along with army is working relentlessly to restore peace.

The security forces killed three dreaded cadres of the National Democratic Front of Bodoland-Songbjit on Sunday in Sonitpur and Udalguri districts. Five cases have been registered in connection with the violent incidents that took place in the BTAD areas during the past 72 hours and 26 persons have been arrested.

The state government continued taking action on all the intelligence inputs and advisories received from various intelligence agencies.

Arrangements for security of vehicular traffic moving on the national highway and railway tracks were made and the facility of police escort was provided to convoys particularly during the night.

The next of the kin of persons who died in the terror strike shall be paid ex-gratia of Rs 6 lakh as per the ongoing schemes of the central and state governments. The injured persons are being provided free medical treatment. A relief camp has been set up by the Baksa district administration where 498 persons from violent affected areas under the Gobardhana police station have taken shelter and arrangements for food, water, and sanitation and health facilities have been made.

It is appealed to all sections of the society not to believe in rumours and confirm the veracity of any information with the control room set up by the deputy commissioners of Baksa, Kokrajhar and other districts on the following numbers.

Image: A villager carries his belongings as he leaves Baksa district 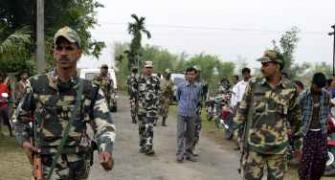 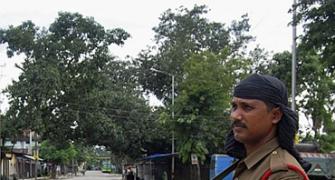 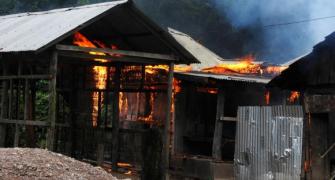 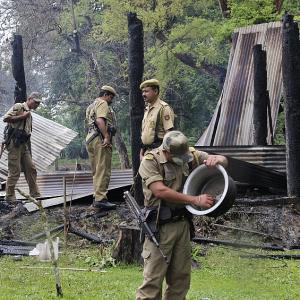 Assam violence: Locals in Salbari refuse to bury the dead 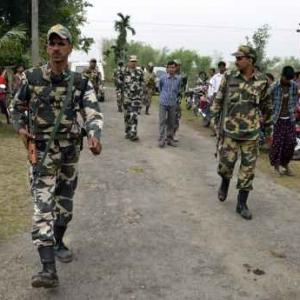