News
Business
Movies
Sports
Cricket
Get Ahead
Money Tips
Shopping
Sign in  |  Create a Rediffmail account
Rediff.com  » News » 'Younger population is an advantage against this virus'

'Younger population is an advantage against this virus' 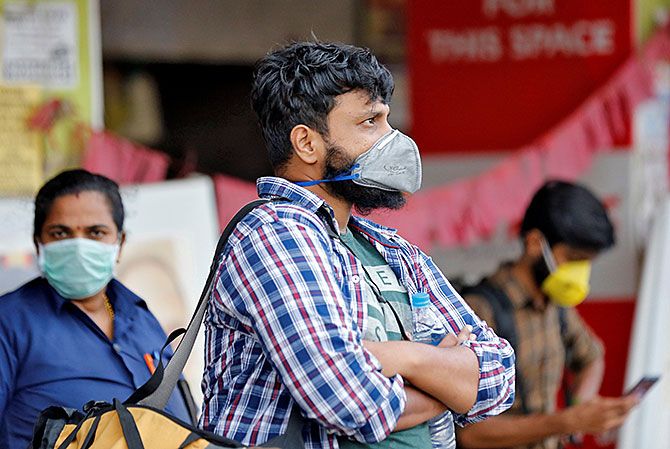 IMAGE: People wearing protective masks wait to board a bus at a terminal amid coronavirus fears, in Kochi, Kerala, on March 11, 2020. Photograph: Sivaram V / Reuters.

"I do think a younger population structure is an advantage against this virus, but there are other important factors such as the capacity of the healthcare system," Dr Jennifer Dowd, associate professor of demography and population health, University of Oxford, tells Rediff.com's Archana Masih.

Dr Dowd and fellow researchers from Oxford have studied the role of demography, particularly how the age structure of a population may help explain differences in fatality rates across countries and how transmission unfolds.

Your research deduced that the rate of transmission in Italy was high because of its older population, the country has the oldest population in Europe. Also because families live together, just like in India where grandparents live with other members of the household in joint families which resulted in transmission.
What lessons are there for India from Italy?

We don't know for certain, but it could be that close intergeneration ties in Italy allowed the virus to spread quickly to vulnerable groups.

If Italy has a head start in identifying cases, it can make better efforts to isolate and protect older and vulnerable adults prior to the infection becoming widespread.

Since the age structure of a country will play a crucial role in how governments can contain the transmission, do you think India's youthful population gives us a sliver of a better chance against the virus?

I do think a younger population structure is an advantage against this virus, but there are other important factors such as the capacity of the healthcare system and other co-infections or risk factors younger people might have.

Are millennials really safe from the virus? Will India's population density perhaps neutralise the likely advantage provided by a younger population?

The majority of mortality is happening at older ages, but younger people are still facing hospitalization and other serious complications, and some deaths.