News
Business
Movies
Sports
Cricket
Get Ahead
Money Tips
Shopping
Sign in  |  Create a Rediffmail account
Rediff.com  » News » 'We don't have a strategy to fight the war'

'On a daily basis you are saying, you do this, you do that, but where is the blueprint of the war?'
'How many isolations actually we need per hundred thousand people?'
'How many ventilators will we need for 100,000 people?' 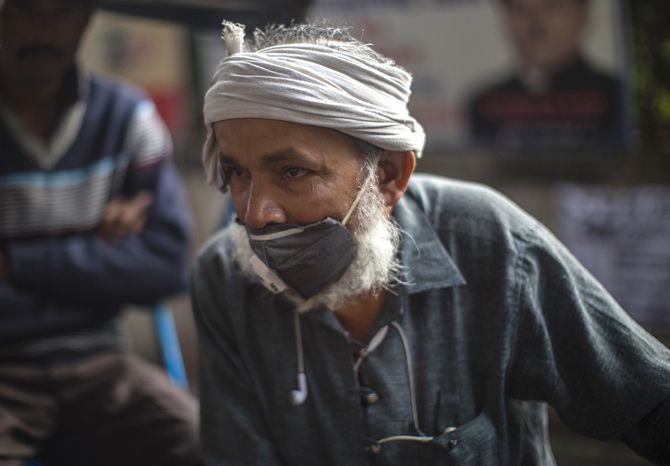 Dr Thekkekara Jacob John, the well known virologist, is not happy with the way the government is tackling the coronavirus crisis.

Nor is he happy with the media, which he feels could have done a much better job in taking the government to task for its inadequacies in tackling the crisis.

Dr John, who headed the departments of clinical virology and microbiology at the Christian Medical College, Vellore, established India's first diagnostic virology laboratory; his pioneering research in infectious diseases, clinical virology, vaccinology and epidemiology is respected across the world.

Dr John clearly did not wish to answer any questions about the coronavirus.

"Everybody knows all about coronavirus. Every media has publicised it very widely. In Sanskrit, you would call it charvita charvanam (chewing that which has already been chewed)," Dr John tells Savera R Someshwar/Rediff.com.

"What is the question that is evolving, bubbling in your heart?" asks the doctor who discovered why the oral polio vaccine initially failed in India, leading to the hugely successful Pulse Polio campaign in India, which became a model for the rest of the world.

The first thought that came to my head was my parents. My mother is in her early seventies, my father in his early eighties. I live close to them, but not in the same house. In these times, when the need of the hour is self-isolation, do I visit them or not? Would not visiting them increase their sense of isolation?

"The thing is," Dr John, who is also credited with discovering the high risk of patients being infected with hepatitis B after transfusion of blood and establishing the procedure of screening blood donors, explains, "this virus is spreading stealthily. That's a given. You never know who is infected, who is not."

"Today, the probability of a stranger or a shopkeeper being infected is extremely low, but not zero," Dr John adds. "A time will come when it will be extremely high -- not 100 per cent but maybe 5 per cent or 10 per cent; I call that extremely high."

"So think about how far you can socially distance yourself from other people and yet be available to your parents. This is the time they really need you. When you go there, the first thing you do is to go to a bathroom that they don't normally use. Wash yourself. If you have a change of clothes, do that... and then go attend to your father and mother."

Which is something that all those who care for/visit elders should follow.

"If that is not possible, thoroughly wash your hands with soap and water. Sanitise yourself as best as you can. As far as possible, use the no touch technique. Stay at least one to two metres distance and talk to them," says Dr John.

"Don't touch any surface that they will be touching later on.'

And if that was not feasible? If one did end up, for example, sitting on the sofa?

"Keep a change of clothes at your parents's place and wear it once you have sanitised yourself. And wear a mask because you are the potential infector to them."

"Try to ensure they reduce interpersonal contact with outsiders. You buy their vegetables and medicines do all the outside work they need done."

"That's all you can do. Social distancing is important, but not to the extent that they are emotionally not supported."

The politicians and the media should have played a stronger role, believes Dr John.

"Both the media and the prime minister are playing the same game. The prime minister advising us; he is the commander in chief of this war, isn't he? And he is telling the people, this is your fight. You do this. You help."

"On a daily basis you are saying, you do this, you do that, but where is the blueprint of the war?"

"How many isolations actually we need per hundred thousand people? How many ventilators will we need for 100,000 people?"

"You simply calculate based on the data we had when the 2009 pandemic flu came in, what calculation did we do? If we didn't do anything, we must be punished."

"Even now, if we have not done anything, we must be punished. Because this is the homework we should have done."

"Has the Government of India placed an order for 400,000 or a million respirators with the manufacturers?"

"When the surge of the disease comes up, what are you going to do?"

"You have to think ahead, well ahead... one month ahead, not one day ahead."

"What we are actually doing is looking at yesterday and making a purchase today. That reactive, not proactive."

"We knew what would happen from day one. There are no surprises."

"The only surprise is we are getting extra time given to us by the virus. And we are not using that time wisely."

* Photograph posted only for representational purposes. 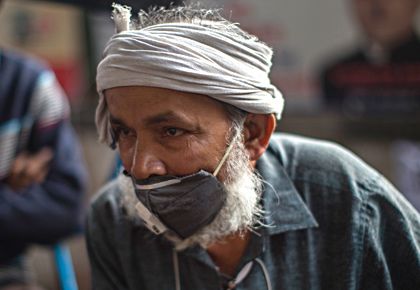 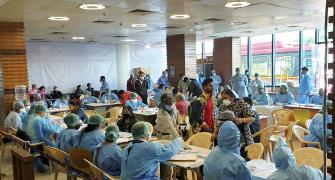 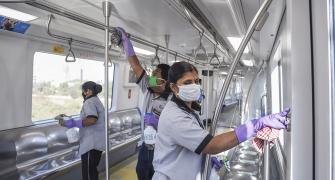