'Coupled with e-filing procedures it would really enhance the ability of the judiciary to provide speedier justice.' 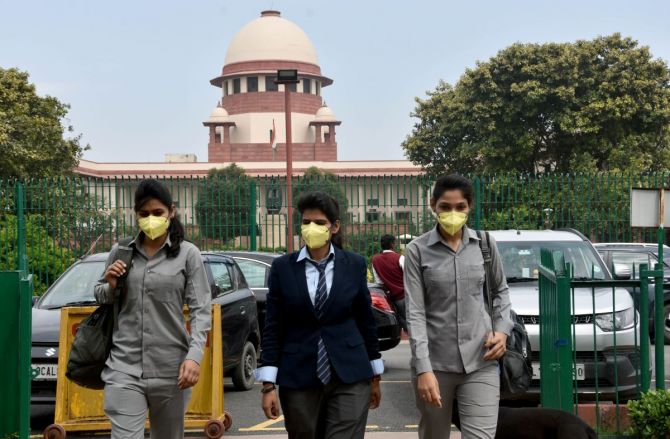 Senior Supreme Court advocate G Venkatesh Rao was recently conferred with the Lex Falcon award for his contribution to the global legal industry.

Son of former chief election commissioner Dr G V G Krishnamurthy, Rao, below, a Supreme Court senior advocate, tells Rediff.com's A Ganesh Nadar about his inspirations, career and offers his take on issues of judicial appointments, backlog of cases across various courts in India and why women should make up 30 per cent of the judges.

My father never interfered in my choices of career and permitted me to do as I pleased.

When did you decide to become a lawyer and why?

I decided to become a lawyer in my 10th standard because I was very good at debates, declamation contests and acting in plays. Besides, I was very interested in history, civics, political science, philosophy, sociology and anthropology, all of which are useful and connected in someway with law and law-making.

Have you always practised in the Supreme Court or did you practise in other courts first?

I started my practice in the Supreme Court of India under the tutelage of K Parasaran, the former attorney general of India. Then I would even go to district courts and various high courts where I was engaged in various cases.

Tell us about your first case.

My first case which I prepared and argued for was in the Central Administrative Tribunal, in which I argued for a dismissed employee of the ministry of information and broadcasting. I got him reinstated and won the case.

What were the difficulties you faced when you first started practising law?

I did not have the ready infrastructure of an office and library, etc, which many practising lawyers' children have as result of their parents being in practice already.

Who were your inspirations at that time?

Who supported you in your career?

Well, I was not supported in any sense, except that I would say I was encouraged in a big way by Soli J Sorabjee, who appreciated my talent and sober behaviour. Besides, my good friend and colleague at the Bar, Devendra Singh, extended his support whose chamber I shared to run my practice.

One case that boosted your career and self-confidence in the early days.

I had with the blessings of the then attorney general K Parasaran, with whom I had interned with, and then later formally joined the chamber of G Ramaswamy, the additional solicitor general, who was assigned the brief of the prosecution and the government trying the assassins of prime minister Indira Gandhi, which went on practically day to day for about an year. I assisted the ASG in this case right from the beginning to the end, which was greatly appreciated.

Now you have received an international award for your legal services. How do you feel the journey has been since your first case?

I feel immensely satisfied and elated that I could achieve such great heights and that God would give me these opportunities for my talent to be appreciated. In

What do you think about the state of the judiciary in our country?

I have been a witness to the evolution of the judiciary over the last three-and-a-half decades right from the top. I would say it is a remarkable journey of the Indian judiciary and it is a matter of pride.

The Indian judiciary, despite its shortcomings, is constantly evolving and improving its ability to do justice in society.

You have been counsel to various states over the years. What kind of cases did you have to advise them on?

As counsel for various states, my advice was sought in all matters, including land acquisition, criminal and service cases, but my expertise was in tax and commercial trade matters that has Constitutional and statutory implications.

You have also been a counsel to the central government. What matters were referred to you?

In the central government I was mostly assigned customs, excise and tax matters. I was also briefed in a lot of cases being referred to the Constitutional bench. I have also appeared in numerous service and public interest litigation matters.

You have written about the selection of candidates for the Rajya Sabha. What kind of leaders would you like to see in the Upper House?

Well, the Upper House must have the most experienced members who are essentially senior citizens and have expertise in various matters. They can be persons who have acquired very high qualifications and served the nation in various capacities during their career.

The only two criteria must be high qualifications/expertise and a track record of public service.

Do you feel that candidates for the Lok Sabha should also have a minimum qualification?

I think, it is very essential for candidates to the Lok Sabha also to have minimum qualifications and they should be graduates. The candidates in addition should have a minimum experience of public service or expertise of at least 10 years in some chosen area. The parties should be able to proudly announce fielding the best candidates available.

Though India is a federal republic, most laws are weighed to favour the central government. Would you agree?

No, I don't think this is entirely true. You see, we are a federal system by design and the framers of the Constitution have put in place that kind of mechanism. The fields of their powers and functions are mentioned in the State List and the Concurrent List.

Many times, the same party is in power at the Centre and state and they want that they must function by cooperating with each other. So some laws work that way.

Otherwise, states are free to legislate and exercise powers on subjects mentioned in the State List.

Even in the Union territories, lately in New Delhi, we have seen that the elected chief minister was made secondary to the lieutenant governor. Isn't this bad for democracy?

In the case of Union territories, the matter is different. By their very definition they are under the control and supervision of the Union.

Lately, many state governments have started reserving jobs for locals. Is this not against the Constitution of India and also against the right of citizens to reside anywhere and work anywhere in the country?

Reservation is a much controversial matter because of its very nature and the many options that can be exercised. However, the states may be entitled to reserve some jobs for the locals in order to preserve their state and local interests.

Why are there so many vacancies for judges' post in the Supreme Court and high courts in spite of having a huge backlog of cases?

That's a very good question. I think one of the most important functions of the Chief Justice of India is to make deserving and the best appointments to the Bench both at the Centre and state.

It would go to the credit of the Chief Justice to expedite the process and ensure that there exists no vacancy for more than 15 days.

Was the Supreme Court incorrect to invalidate the NJAC?

I think the National Judicial Appointments Commission was an excellent legislation, but the Supreme Court was incorrect in its decision to invalidate the legislation.

It can once again be mooted so that the government and the judiciary work together to deal with the issue of making the best appointments. I have written a very important article on this matter of appointments.

Do you think the problem of backlog of cases can be solved? How?

The problem of backlog can be solved by the appointment of a committee of former judges or even chief justices of the Supreme Court to review the same and present a report on how to remove them from each category of cases. Their experience is invaluable.

Why do we see so few women judges in the high courts and Supreme Court?

Well, this is a serious problem which has not been given due attention. I think we should have at least 30 per cent women judges as they are equally, or perhaps even more competent, than male judges.

Once the attention is focused the problem can be solved. Recently there has been a writ petition filed in the Supreme Court for increase in appointment of women judges as a rule. 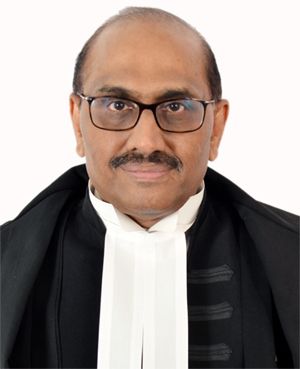 There is tension between the central government and the judiciary. What is the best way to resolve this?

The best method for solving this problem was the National Judicial Appointments Commission, which can be re-introduced after a discussion with the Chief Justice of India and the Collegium.

The pandemic has introduced virtual hearing of cases. Does this impede the efficiency of the justice system?

The virtual hearing of cases is an excellent development and coupled with e-filing procedures it would really enhance the ability of the judiciary to provide speedier justice.

I feel that in all courts in the country there should 3-4 permanent benches with fixed criteria about virtual hearings, thereby making all courts hybrid.

I also feel that all courts should have CCTV systems where the court hearings can be viewed by the press and general public should they choose to do so.

You were involved in the Indira Gandhi assassination case. Could you tell us about this case?

It was one of the most impressionable and challenging cases I have handled as a junior. I was assisting my then senior G Ramaswamy, then additional solicitor general of India, and also then attorney general K Parasaran in another related matter.

It was a humongous task dealing with hundreds and thousands of pages of case evidence as also law on various aspects. It taught me to read very fast and appreciate the legal points quickly. It also gave me exposure to some of the top lawyers on the other side. This developed a habit of working for long hours.

Will we see you as a judge in the future?

Well, this is a question is asked by many, and a wish made by my seniors and colleagues. I would say that the best judges would be those who are invited because of their abilities and proven track record of having the necessary acumen to be appointed as a judge.

The moot point being, if I am invited and offered the honour of holding the coveted post, I would not refuse. Supreme Court in many shades of grey