Sensitive cases like the validity of the scrapping of Article 370 of the Constitution, the Citizenship Act, and states challenging perceived assault on federalism were on the back burner.
An analysis of the judgments delivered in the past months would show that it was acting more like a court of appeal rather than a Constitutional court, observes M J Antony. 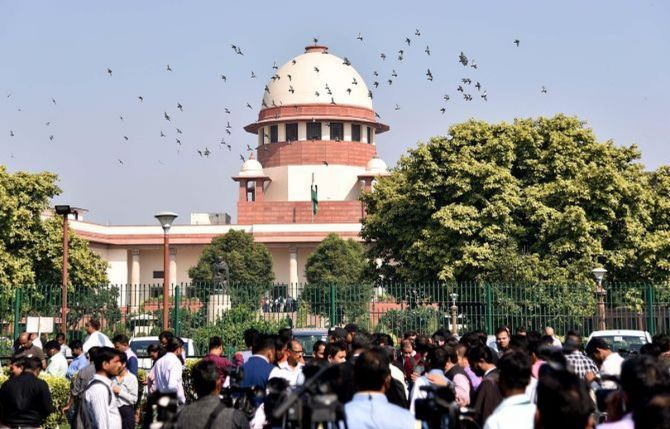 The year that is coming to a close began with the judges and lawyers of the Supreme Court worrying about the milling crowds in the court rooms, obstructing even arguing counsel from reaching the well.

Within three months, however, the whole complex was emptied and sanitised, and it looked like a ghost campus.

This year, the output was about 800, though the noise the court created for wrong reasons was far above its performance.

An analysis of the judgments delivered in the past months would show that it was acting more like a court of appeal rather than a Constitutional court.

Property suits, tenancy, appointments and promotions and criminal appeals were the main burden of the court.

There were few path-breaking judgments on the economic front, most of the issues apparently reserved for better days.

The telecom companies had a nightmarish time when they were told to pay Adjusted Gross Revenue dues worth Rs 1.47 lakh crore immediately.

Their review petition was also rejected with the judges insisting on payment 'by tonight'.

Later they were partly relieved when allowed to pay in instalments.

One declared that coop banks were covered by the Securities Act (Sarfaesi) and the other ruled that the central government has complete authority to set the statutory minimum prices for sugarcane.

Sensitive cases like the validity of the scrapping of Article 370 of the Constitution, the Citizenship Act, and states challenging perceived assault on federalism were on the back burner.

Instead, bail applications donned the cap of Constitutional issues and produced long judgments.

Normally, bail applications are disposed of in a few pages.

A short and decisive judgment in 1977 had laid down the formula pithily: 'Bail is the rule, jail exception'.

It is hardly remembered by the judges these days.

Thus, there are 196,861 bail applications from jails before various courts.

In contrast, the appeal of media mogul Arnab Manoranjan Goswami was allowed on a holiday with a marathon 55-page oration divided into 11 sections.

One was tantalisingly titled, 'Human liberty and the role of courts'.

There were reassuring lines like 'human liberty is not the gift of a few'.

The Goswami decision was followed by an equally prolific judgement in the case of another media personality, Amish Devgan.

One may recall late jurist Nani Palkhivala's plea to the judges to write shorter judgments in view of the briefness of human life.

Apart from bail applications, another issue that blew up and agitated the court as well as the educated class was its contempt jurisdiction.

Most democratic countries have abandoned it.

British newspapers have called judges 'Old Fools' in shrieking headlines and published their photos upside down to ridicule their judgments.

But the judges and the attorney general here easily take offence by humourous swipes at them or the political class.

They preserve random tweets as evidence to show how they interfere with the administration of justice.

The border between freedom of expression and contempt has become elastic.

Now defiant stand-up comedians are also in line for trial.

These instances invited harsh criticism against the court, the likes of which had not been heard except after the lifting of the 1975 Emergency.

The 'last bastion' of democracy has fallen, lamented retired judges.

Commentators alleged that the court had surrendered to the ruling establishment, citing a series of pro-government judgments and judicial remarks this year.

Former chief justice Ranjan Gogoi was reviled for accepting a Rajya Sabha seat soon after the Ayodhya judgment in which the pro-Mandir petitioners got all they wanted.

Another ex-judge Arun Misra had an unremittingly strained relationship with the bar, exacerbated by his eulogical remark that Prime Minister Narendra Modi was a 'versatile genius and internationally acclaimed visionary'.

The year also had its lowlights.

There was a writ petition that sought shorter, easy to read judgments.

The court declined to deal with a habeas corpus petition on behalf of an elephant.

A member of a Christian sect in Kerala wants freedom from mandatory confession of sins before a priest.

Petitions like these showed that the doors of the court are wide open, ready to receive more PILs in the troubled days to come. 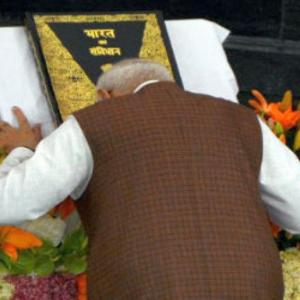 Can a citizen's plea under Article 32 be discouraged?