News
Business
Movies
Sports
Cricket
Get Ahead
Money Tips
Shopping
Sign in  |  Create a Rediffmail account
Rediff.com  » News » 'If AIADMK wins, they will not be ruling Tamil Nadu'

'The BJP will be the ruling party.' Thol Thirumavalavan, founder of the Viduthalai Chiruthaigal Katchi, known earlier as the Dalit Panthers of India, is the most prominent Dalit leader in Tamil Nadu.

Though the party came into existence in 1982 in response to the atrocities meted out to the Dalits in the northern part of Tamil Nadu by the Vanniyar community, it was in the 1999 Lok Sabha election that it became a force in Tamil Nadu.

In the 2021 assembly election, the VCK is fighting as part of the Dravida Munnetra Kazhagam front. 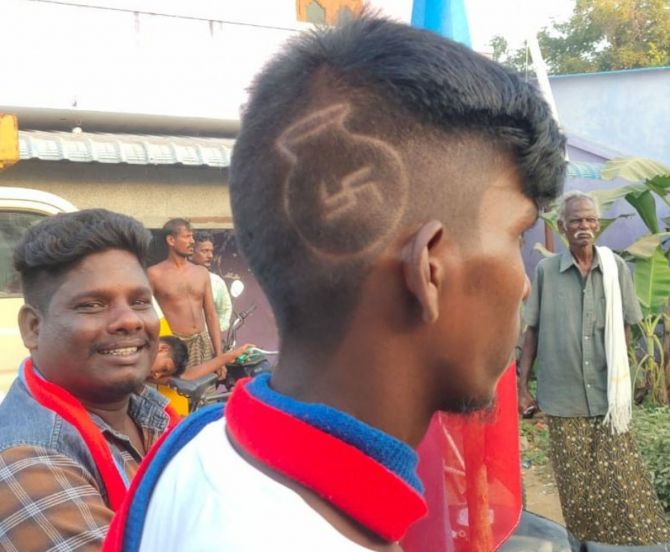 You said this election was a war between secularism and communalism. Why do you consider the AIADMK communal?

The AIADMK has become more communal now that it has allied with the BJP.

The AIADMK was a movement for social justice like the DMK, but the party lost its identity when it associated itself with the BJP.

Now I would say both the BJP and the AIADMK are communal political parties.

Would you say the DMK front you are a part of is totally secular?

Yes, there is no doubt about that at all. The DMK, the Congress, the VCK, the Marumalarchi DMK are secular. There are Muslim parties also in our alliance, still, I would say the DMK is an alliance for social justice, and also a secular front.

They are not communal forces.

But you would say the BJP is?

Yes. The Hindutva politics propagated by the BJP is nothing but Sanatan politics. Their agenda is to polarise Hindus. They indulge in hate politics against the minorities. This kind of Hindutva, is only for electoral gains; it is not a spiritual one.

Like many people in Tamil Nadu say, do you also think the BJP is trying to impose north Indian culture as part of Hindutva because they do not understand pluralism?

This is a very important point. They are autocrats and fascists, so they do not bother about the feelings and aspirations of other ethnic groups and religions.

We want to expose this agenda of theirs.

Will ideas in the BJP manifesto, like laws against conversion, cow slaughter, etc work in Tamil Nadu?

Definitely not. People of Tamil Nadu will throw away their manifesto and teach them a lesson in the election. These kinds of ideas will not work here.

It is generally perceived that if the AIADMK alliance wins, it will be proxy rule by the BJP. Do you also feel that way?

There is no doubt about the fact that if the AIADMK wins, they will not be ruling Tamil Nadu. The BJP only will be the ruling party.

In fact, in the last five years, the AIADMK government was nothing but a proxy government of the BJP.

So, in this election, people of Tamil Nadu will teach the AIADMK, the BJP and the Pattali Makkal Katchi a lesson.

The PMK and the VCK had been at loggerheads from the beginning. Just before this election, the AIADMK government announced a 10.5% reservation to Vanniyars. Do they need this reservation? 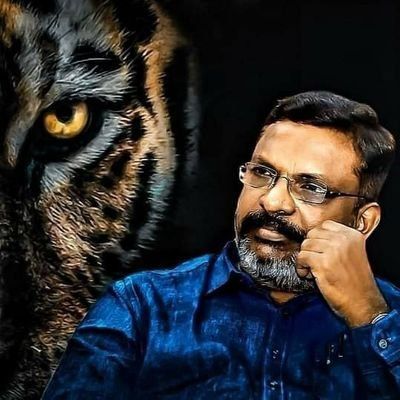 Actually, we are not against the 10.5% internal reservation for Vanniyars announced by the state government. We support reservation because we are for social justice.

But what is questionable is, they did not follow any procedure to come to this number. What is the census of the Vanniyar community? I think it was the Justice Janarthanam committee that recommended 10.5% reservation to the Vanniyar community. That was long ago and I think they implemented it now.

(Pattali Makkal Katchi leader) S Ramadoss says Vanniyars constitute 20% of the population among the MBCs (Most Backward Classes). If they got 10.5% now, what about the 9.5%?

This announcement was only for electoral gains. It seems one minister said that this 10.5% reservation was temporary and would be there only for six months! So, people will understand the truth behind this announcement.

I am sure this will not work in favour of the AIADMK alliance.

The other day the Supreme Court asked a question, how long are you going to continue with reservation...

We are living in an unequal society. Why do we have reservations? It is to attain equality. Reservations are not based on sympathy. So, we have to continue with reservations till there is no inequality in society. What is the major challenge the state is facing right now?

Ideologically, there is a war between secularism and communalism.

When people vote against communalism, it will be a vote for social justice. So, the biggest challenge is to fight communal politics, and chase the BJP and all its allied parties away from the state.

You said the alliance with the DMK is on an ideological platform. Do you mean secularism?

Yes, we joined forces with the DMK for secularism and against communalism.

We are together for the last five years. We joined hands not for electoral gains, but based on ideology and politics.

The BJP wants a Congress-mukt Bharat. Will it happen?

The idea itself is anti-dialectical. It will never happen. Even if the Congress disappears, some other parties will merge. That is the beauty of democracy.

But it is pro-corporates. They are corporatising politics and also the nation. They are not bothered about farmers or workers or people; they are only working for Adani and Ambani.

Kamal Hassan says the front he has started is the secular front. Is there a space for a Third front in Tamil Nadu?

Tamil Nadu has two major fronts and whenever a third front emerges, it is an instant alliance, formed with elections in mind. Some parties group together not based on any ideology or policy.

I do not know whether Kamal Hassan can sustain himself even after the elections. If he sustains, the Third Front will be a force.

In this election, he may get some votes, but he will not make any impact against the DMK or the AIADMK.

You are described as a Dalit leader. Won't you like to be a leader for all people?

I am working for all sections of society. Unfortunately, this social structure brands me as a Dalit leader. I am a Dalit and I am proud to be a Dalit leader.

Though I work for all the marginalised in society, people see only the caste identity of mine. They do not want to recognise me as a leader for all.

I am positive that a time will come when people will accept me not based on my caste identity ,but for my democratic identity and my work.

It may take decades for that to happen.