'BJP has unleashed central agencies on their political opponents'

'Our views are different on fundamental matters right from the question of citizenship, all the way up to what the character of the Government should be, how a democracy should function and whether investigation agencies should be allowed to function independently.' 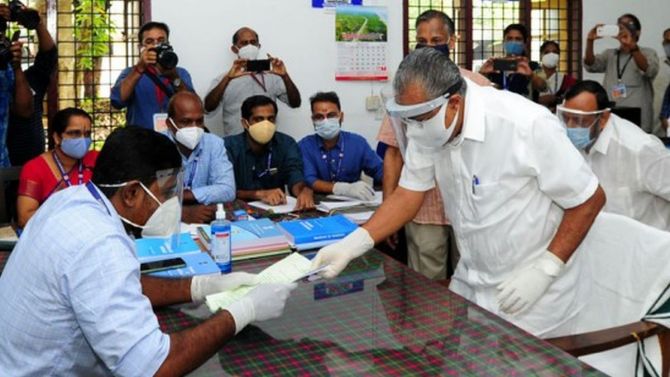 As things stand, Pinarayi Vijayan, the chief minister of Kerala, may make history by likely winning a consecutive second term, the first time it will happen in Kerala since 1977 where power shuttles between the Congress-led United Democratic Front and the Communist Party of India-Marxist Left Democratic Front after every assembly election.

In the midst of taking care of the state that is seeing a rise in COVID-19 cases and campaigning in the election, Vijayan agreed to speak to Rediff.com's Shobha Warrier on one condition: Only if Shobha restricted the interview to a few questions.

Opinion polls say you are going to make history by coming back to power in this election. Are you confident about your victory?

This assembly election will set a paradigm shift in Kerala's electoral history. It will put an end to the trend of alternating between the two fronts. The incumbent LDF will come back to power, for sure.

What do you think you did right in the last 5 years?

We were true to the people.

We kept our promises.

We delivered on both development and welfare.

Above all, even amidst the toughest times, we were with the people and braved challenges right from the front.

We have ensured that nobody went hungry even during this pandemic. In protecting the lives of our people and providing for them, we have cut no corners.

There are several other specific programmes which improved agriculture, education, housing, industry, sports, culture and so on. I'm not going into the details right now.

People will trust those who are reliable. Reliability depends on whether one keeps one's word or not. So, I am not sure if the comparison works.

How has been your equation been with Narendra Modi and his government? It is said the Centre tried its best to drag your name in the gold smuggling case. Do you feel so?

Within India's federal framework, it is essential that the Centre and the states cooperate and coordinate for the effective implementation of various developmental projects and welfare schemes.

As far as Kerala is concerned, we have ensured that.

Our views are different on fundamental matters right from the question of citizenship, all the way up to what the character of the government should be, how a democracy should function and whether investigation agencies should be allowed to function independently.

There are plenty of examples around us where the BJP has misused their power and unleashed central agencies on their political opponents.

If you come back to power, will there be a change in the way you function as the CM?

The circumstances we are in go a long way in determining how we ought to function in each situation.

With the way the Congress is disintegrating, do you think in future, the fight will be between the LDF and the BJP? 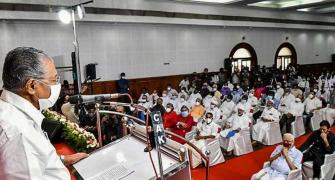 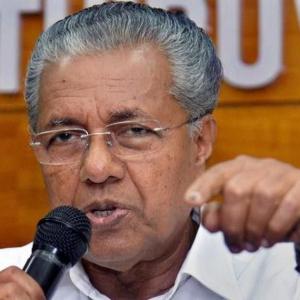