News
Business
Movies
Sports
Cricket
Get Ahead
Money Tips
Shopping
Sign in  |  Create a Rediffmail account
Rediff.com  » News » 'Kerala will vote for BJP because of me'

'My joining the BJP will definitely result in a landslide migration of votes to the BJP.' "If I am a part of the BJP, people will definitely have more confidence in the BJP," E Sreedharan, well known for his work on the Konkan Railway, the Delhi and Kochi Metro systems, tells Shobha Warrier/Rediff.com.

You said you would like to be chief minister if the BJP came to power in Kerala.

I did not join the BJP to become the chief minister of Kerala. I joined the BJP because I will get an opportunity to render my services to the state.

Only to the state?

Yes, only to the state. I don't go out of the state anymore.

Yes, I have a responsibility in Jammu and Kashmir in the rejuvenation and preservation of the Dal Lake. I am not appointed by any government; it was a task entrusted on me by the J&K high court. This work continues even now.

Though Kerala is the most literate state, real developmental activities do not happen at all there because of the hindrances created by whichever political party that is in the Opposition.
How will you be able to change this attitude?

The opposition is because their loyalties are only to the party and not to the state. This attitude has to change.

If they start taking up developmental projects which will benefit everyone, I don't think anybody will stand against them.

The biggest curse of Kerala today is that no industry wants to come here. That's mainly because of unionism. This has to change.

Because there are no industries here, do you know how many literate and educated people are unemployed here?

No industry has come here in the last 20 years! Wherever there are chances of employment, they create obstacles.

For example, Thiruvananthapuram airport development has been given to the Adani group. That is because the Government of India does not have the reserves to develop it. Why oppose it? The state government also could not find money for tha,t but they used tax payers' money to oppose it in the Supreme Court.

This kind of behaviour is not acceptable.

Will anybody be able to change this? When Shashi Tharoor became the MP from Thiruvananthapuram, he tried to bring in many projects, but he failed.

How can you change it?

We can change it if you take people into confidence. And, we have to be very strict about the illegal strikes, hartals, bandh, etc. We have to be a little tough in dealing with this.

If things are done in a transparent, fair and upright manner, people will support you.

Today, everybody suspects corruption behind whatever you do. This has to change.

If I am a part of the BJP, people will definitely have more confidence in the BJP; more trust also. I have no doubt about it. That's why I decided to join the BJP.

The other parties are of no use here as they have been ruling for the several decades.

Kerala has not been able to progress mainly because the state governments have always been fighting with the Centre.

If the BJP comes to power in the state, that sort of a fight will not be there. And who will be the beneficiary? The people of Kerala.

Are you confident of such a change?

I expect that my joining the BJP will definitely result in a landslide migration of votes to the BJP.

Was it because you have confidence in Narendra Modi that you joined the BJP?

What do you admire about him?

I admire him for his honesty first. There is not even a single scandal against him.

Then, his passion and love for the country. His sincerity and hard work. He wants to work for the good of the people.

I admire these qualities in him as I have known him from very close quarters for several years. He was the chief minister of Gujarat when I did studies for the metro projects there. So, I know that he does not do things to benefit him or his family or even the party; but only for the people. Yes, the party will benefit automatically if you as the leader do good things for the people.

Would you say you rarely find politicians like him?

Yes, you rarely find politicians like him. Not many are there.

From your experience, can you think of anybody else who has worked selflessly for the people?

Oh yes! Madhavrao Scindia. He was a minister of state for railways at that time and the kind of progress he has brought in to the railways was admirable. He did not work for the Congress; he worked for the railways.

Another person was Sheila Dixit. She was a political person, but when it came to projects like the Delhi Metro, she never brought politics into it. Because of her tenure only, the Delhi Metro could start functioning so fast.

There are many such politicians. Here in Kerala, there was C Achutha Menon who was with the CPI, but never functioned as a CPI person when he was chief minister; he worked as the chief minister of the state. This is what we want.

Once you are elected and come to power, you should be a stateman and not a politician. 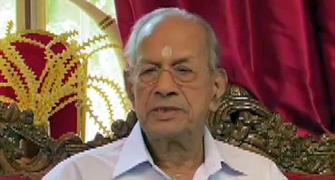 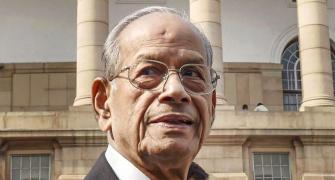 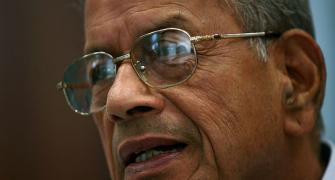 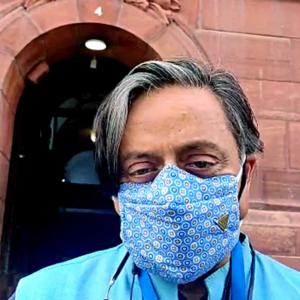