'... while leaving the dirty work he orders to his subordinates.' Discussing his latest book The Battle of Belonging: On Nationalism, Patriotism and What it means to be an Indian with Shobha Warrier/Rediff.com, Congress MP Dr Shashi Tharoor says, "Modi and the BJP have successfully exploited fear of the 'Other' and have no issues with commandeering or undermining the ostensibly independent institutions at the heart of our democracy."

You write in the book, 'In the more than seven decades since we became free, democracy has failed to unify us people or create an undivided political community. Instead, we have become more conscious than ever of what divides us, religion, caste, language, ethnicity.'
'If this is how India is right now, don't you think the Congress, the party you belong to should take responsibility as it ruled the country for more than five decades?

The Congress continues to uphold its core values, values which exemplify the idea of civic nationalism: Secularism, inclusivity, and social justice. This is most clear in our approach to religion and religious freedom, which is markedly different from that of the BJP.

We have always identified the clear distinction between Hinduism and Hindutva. The Hinduism we respect is inclusive and non-judgemental, while Hindutva is a political doctrine rooted in the idea of exclusion.

As a Congressman, I understand that whereas Hinduism is a religion, which is the personal concern of every individual, Hindutva is a political doctrine that bears no resemblance to the principal tenets of my Hindu faith.

We have waged a constant defence of what unites us as Indians -- that is, the immense diversity of language and culture. This has only been possible through the inclusive democracy the Congress party has propagated during its time in power.

It is true that, as political interests have proliferated, emphasis has been placed on aspects of identity that we repudiate, such as caste-based and religious discrimination; but as I write, all four generations of Nehrus in public life have been secular in personal and professional outlook, and have opposed bigotry and regressive politics.

A number of other forces have made unity difficult, and our fight to oppose them continues.

The BJP's alternative is anchored in the Hindutva movement, which sees India as a 'Hindu Rashtra' and is animated by the RSS's famous slogan 'Hindi-Hindu-Hindustan'.

Again, this is linked to the idea of ethno-religious nationalism, which I discuss extensively in the book. This is a conception of nationalism in which belonging and love of country is determined by identity markers, the facets of personhood that one is born into: religion, language, ethnicity, and so on.

This is the sort of nationalism the BJP espouses, and the sort that I reject completely.

As I write, one can be a good Hindu, a good Keralite, and a good Indian; identity markers should never be the basis on which a person's nationalism or patriotism is judged.

That is exclusionary, arbitrary, and can have horrific consequences, as the government's Citizenship (Amendment) Act has shown.

The alternative idea of India on offer is an absolutist one, where a person has to meet a specific list of criteria to be declared a good Indian.

The secular, Constitution-based civic nationalism I avow wholeheartedly opposes such an arbitrary view of patriotism and Indian-ness.

You have a chapter titled, 'The Renewed Modi-fication of India'. Why is it that people believe his words even when he has not met with any of the promises he had made?
As a politician and a social thinker, how do you explain Modi's influence over people?

As I write in the book, Modi is tremendously good at portraying himself in a positive light, bearing the image of a decisive and bold leader.

In truth, his radical decisions, from demonetisation to the abrogation of Article 370, have caused untold misery and suffering. His own ministers have engaged in some appalling, violent behaviour.

However, voters seem swayed by Modi's personal appeal, one driven by his apparent sincerity and reputed integrity.

After all, people say, he is a kind of Raj Rishi (his beard has been carefully lengthened so he looks the part), and he has no family or children to be corrupt for, so he must be selflessly serving the nation! This is the image that has been artfully cultivated and actively reinforced.

He engages mostly in personal theatre, delivering platitudes on the radio and television, while leaving the dirty work he orders to his subordinates. This, to many voters, may leave him in an apparently unsullied position as a benign overlord.

I would, however, caution against this perception that the BJP is all that popular in India. After all, the 37% vote it won last year is not a majority!

Modi and the BJP have successfully exploited fear of the 'Other' and have no issues with commandeering or undermining the ostensibly independent institutions at the heart of our democracy, from the Election Commission to the RBI, RTI commissioners, or even the judiciary and media.

All this supposedly in the cause of nationalism!

This leads to the creation of a sort of self-reinforcing echo chamber, in which the government is able to constantly push its own agenda.

Sure, the BJP holds a commanding parliamentary majority, but it has worked incessantly to suppress dissenting voices. This means that the level of actual support for the BJP among ordinary Indians is rather distorted.

It is said that the rise and rise of the BJP and Narendra Modi happened because of the way the Congress disintegrated.
How dangerous is it for a country to have such a weak Opposition? We saw what happened when the Congress under Indira Gandhi became invincible.

As you know, I and many others have been outspoken on what we identify as the challenges currently facing the Congress party.

Since the last Congress Working Committee meeting, I have taken a stand not to discuss the internal workings of the Congress, not just because that is counter-productive within the party, but because it only serves the BJP's agenda of distracting political commentators from the government's own failures.

The party president has stated that she will take our views into account, and I am looking forward to that.

Our only objective is to ensure that we once again offer a strong and effective national alternative to the BJP's divisive misgovernance.

The Sangh does not speak for Hindus like me 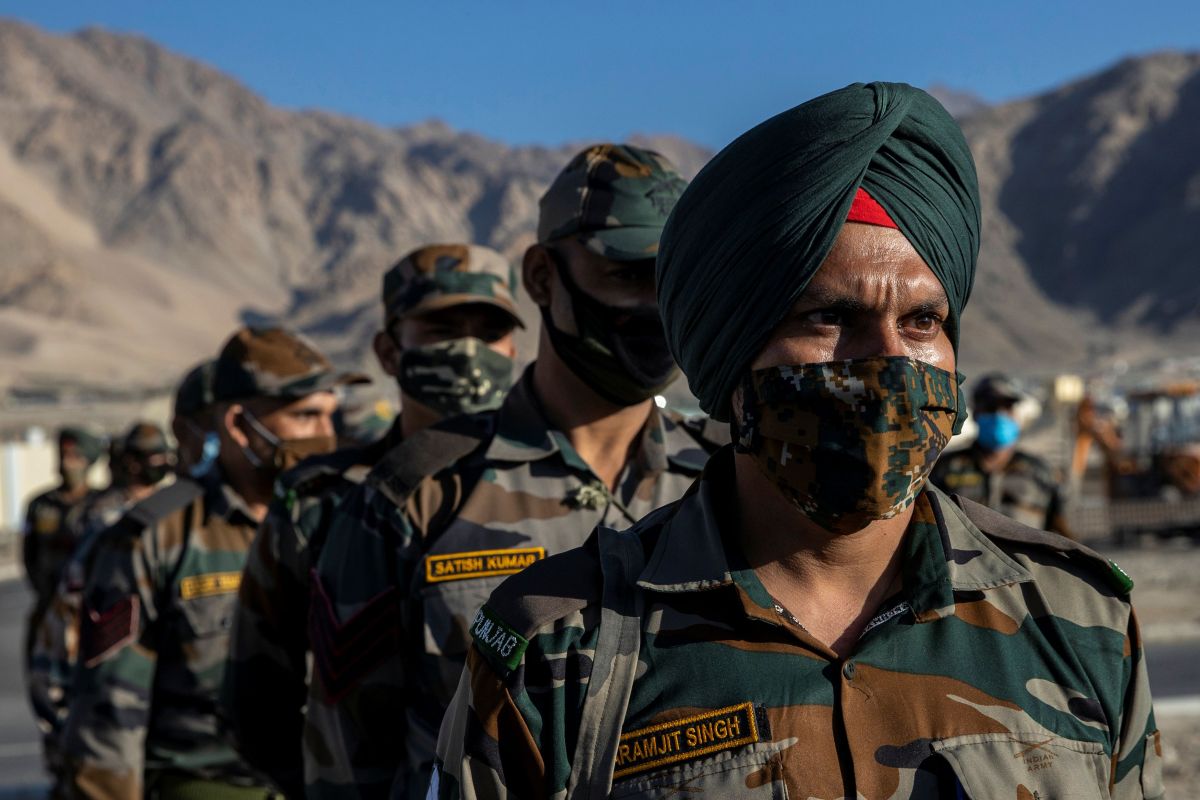